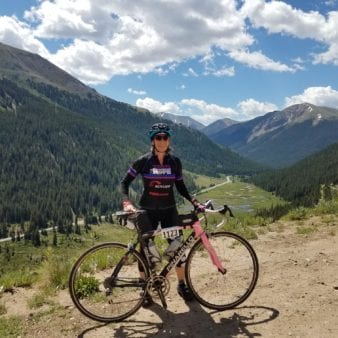 I represented Team PHenomenal Hope in the Bicycle Tour of Colorado.

I started the day in Leadville at an altitude of 11,000 feet. For the first 17 miles, it was a nice, gradual descent. Then the real climbing began as I headed up 20 miles to the top of Independence Pass. Once there, I was treated to spectacular scenery, including a view of Switchbacks and looking down from one of those Switchbacks. Once on top of the pass, it began to hail, so I had to get down in a hurry. I was chased by the storm for all 20 miles of the descent into Aspen. I recovered there over an excellent lunch, which fortified me for the much easier 35-mile remaining journey into Carbondale. After that, I finished the day off with a massage.

The second day began in Carbondale, under the shadow of Mount Sopris. I cycled up along the Crystal River, which was just beautiful. At the top of the valley was the three-mile climb over the McClure Pass. Then I descended the other side into a different kind of country. The aspens gave way to bluffs. I passed the beautiful Paonia Reservoir and came out into the high desert of the Western Slope of Colorado.

Grand Mesa rose 11,000 feet above the town of Delta where I started the following day at about 5,000 feet. The 6,000-foot climb was accomplished in one steady slog of a 37 miles. This was definitely one of the harder rides I have done just for mental endurance. It took awhile, too. I saw beautiful views from the top though and had a fun descent as I ended up in the town of Palisade next to Grand Junction. It was an extremely hot afternoon. Temperatures were over 100 degrees.

The next day was low-key, thankfully, after yesterday’s difficult ride. I was able to get a little later start, and the route to Glenwood Springs, although 95 miles, was mostly flat and the temperatures were much cooler. I really enjoyed just spinning along and looking at the scenery. I have to say, I‘ve traveled this route on Interstate 70 and found it bleak. However, when cycling at a slower speed along the frontage road or old highway, the landscape comes to life in a much more welcoming way. This is the true West—beautiful, open country with sagebrush, cattle ranches, and cottonwoods along the river bottoms.

The following day was a rest day, so I relaxed in Glenwood Springs. I was very slothful and took naps, laid by the pool, and ate a lot.

The next day, I had a 90-mile ride. The first 20 miles was a gorgeous, up Glenwood Canyon on the bike path along the Colorado River. I continued to follow the river for another 30 miles or so along the Colorado River Road. The scenery was amazing. The final 25 miles was a steep climb up over the mesa and back down into the Eagle River corridor along I-70. I was blessed with slightly cooler temps in the 80s, but encountered what seems to be the customary fierce headwinds for the last 15 miles into the town of Eagle. Only one more day of cycling adventures for this trip.

What a beautiful finish to the week! I started with a gradual climb along the Eagle River, on Old U.S. Highway 6 along I-70. I headed towards Vail, but turned off at Minturn. There, the climbing started in earnest—first with Battle Mountain and then continuing up to the top of Tennessee Pass, a historic site where the 10th Mountain Division from nearby Camp Hale had trained for combat on skis in World War II. The climb was steady, but not overwhelming, and certainly easier than either the Independence Pass or the Grand Mesa earlier in the week. Plus, temperatures were in the 60s, which was wonderful. From the top of the pass, it was a pleasant jaunt for another 12 miles into Leadville.

And now I’m done… until next year! 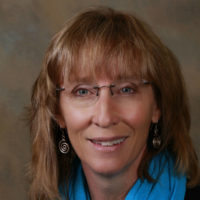 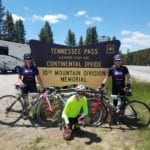 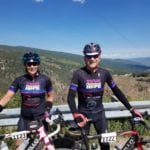