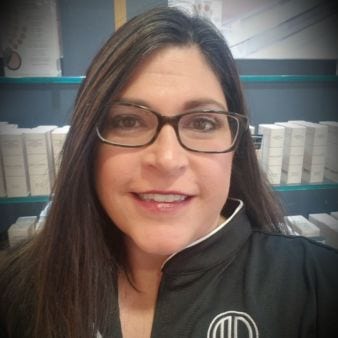 In September of 2001 after a RHC, I was sitting with my husband in a curtained off room at Johns Hopkins fighting back the tears, as I was told that I had exercise-induced pulmonary hypertension. On the flight back home to Illinois, all I could think of was my two sons, and that two to five year life expectancy that I had read about. I never thought I would make it five years, let alone 16!

Yet, with my family, great doctors, many miles, and divine intervention, I have survived. I was fortunate, and responded well to oral meds, and did well for the next eight years. Sure I had ups and downs, but for the most part I did OK. I was taking Tracleer, and Revatio, and used oxygen most of the time. We had moved to Maryland, so, getting to Hopkins was a lot easier. I was fighting the phight.

Then in May of 2009, I received a letter informing me that Dr. Champion had moved on to UPMC, and my care was being switched to another Cardiologist at Hopkins. At my first visit, the new doctor told me, he didn’t concur with the diagnosis, and felt that I just needed to just exercise and lose weight. He took me off all of my PH meds. I left that day in tears, not sure to be happy or mad, but mostly I was confused.

Over the next months, I followed the doctor’s orders. I started water aerobics, and tried to lose weight. Instead, I had gained more than 40 pounds, and couldn’t do anything without being short of breath. Something was terribly wrong. One Sunday in October, after church, my husband Mike and I decided that I would contact UPMC, on Monday, and get into see Dr. Champion. When we got home from picking the kids up from CCD, I had a message on our voice mail from Dr. Champion!

He had been thinking about me and wondered how I was doing. I called him right away, and told him everything. He asked how soon I could be in Pittsburgh. A week later, my mom flew out to Maryland, and she and I drove to UPMC. We stayed a week. I went through all the tests again, and I was diagnosed once again with PH. It was no longer exercise induced. My pressures were in the 40s, and my heart was enlarged. I went back on Tracleer, and Lasix. I am so thankful he called when he did. I am not sure I would still be here, if he hadn’t.

So here I am 18 years since my initial diagnosis in 2001. We moved back to Illinois in 2011, and I make a semi annual trek to UPMC for my checkups. To Mike and I, we wouldn’t think of going anywhere else for my care.

One thought on “18 Year Since Diagnosis: Kim Arndt”