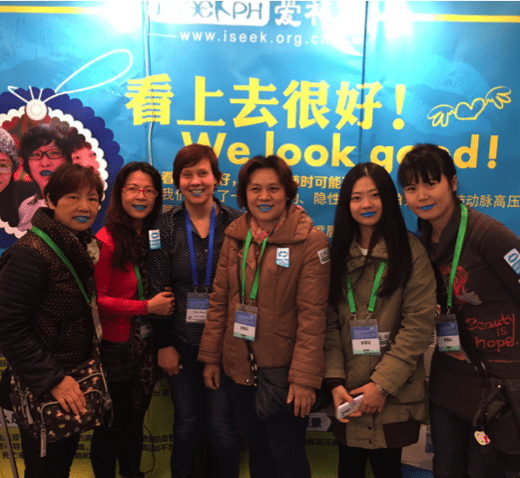 I had been looking forward to this scientific meeting on lung disease for a while. What could be better than leaving my freezing home in Pittsburgh to travel around the world to a place of balmy 60F, meet other passionate scientists who traveled just as far from all corners of the world, and to explore a new culture! And while there are clearly big differences between the East and West what really inspired me was this sense of: we are all in this together!

Yes, the Eastern part of the world also has patients suffering from pulmonary hypertension and yes, medical doctors, scientists and all involved in dealing with this disease are making the same effort of trying to find a cure – of trying to make life easier for their patients – of trying to come up with maybe more innovative approaches in clinical trial designs. I was amazed by a strong sense of “family”. We all had the same goals and we all dealt with the same issues.

What does PVRI stand for? Pulmonary Vascular Research Institute and it is an international organization involved in increasing education about vascular lung diseases while connecting scientists internationally. As research scientists, we belong to a variety to societies, national and international ones and these organize scientific meetings throughout the year so we can all share our latest findings.

Here in the US, for example, I belong to the Pulmonary Hypertensions Association (PHA) with their own specially colored and meaningful logo.

So I got curious when I walked passed a very brightly colored blue booth just outside the lecture hall. I don’t read mandarin, nor speak it, but I could read the English saying: we look good! All the Chinese woman were wearing BLUE lipstick! I had just met the PHA of China and as part of their way to create awareness of pulmonary hypertension they color their lips blue…. just the way lips turn blue from the lack of oxygen experienced by the patients. Of course, I also had to be part of this group, colored my lips blue, took lots and lots of photos and made many new friends.

The meeting itself was exciting and I especially enjoyed this lively debate: Should we directly target the BMPR-II pathway, defended by Nick Morrell, UK or should we target novel combination therapy, defended by Lucy Clapp and Mandy MacLean, also both from the UK.

Well, without getting into all the scientific details, it was a wonderful meeting. Guangzhou is the third largest city in China, lies in the South, is filled with palm trees, and is known for its famous Cantonese cuisine.

Each night the lady in the photo prepares dumplings in her home and then sells them early in the morning (6 am!!!) in the street. Her dumplings were to die for! And I would endure a long 15hr flight in a heart beat just to taste her dumplings again!

While I usually look for meetings that also involve an opportunity to include a running race, this China trip did not include a race, but I had a hard enough time struggling with the time difference. I was a wonderful trip and I came back home filled with new experiences and lots of new ideas.

But mostly I came back home knowing that while I am sleeping at night in my bed in Pittsburgh, the East is awake, busy at work, trying to push forward our struggle to find a cure for pulmonary hypertension… and as they go to sleep tired and exhausted at night, we here in the West rise and continue on the same path. We are indeed all in this together. One large global family in a small world.