A CTEPH Diagnosis that Changed my Life: Crystal Macneill 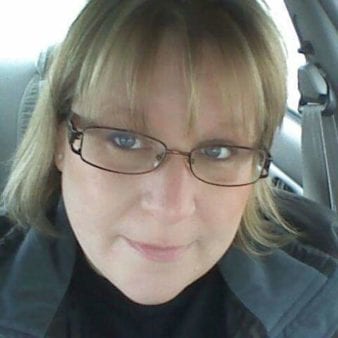 Kansas City weather was starting to change from the cold to much warmer. It was May 1, 2018, my son’s 10th birthday. I had gone to work that day just like any other and was feeling great. We celebrated with family dinner out, had ice cream and cake, and opened gifts. The next day I woke up and it was really hard to breath.

I remember the next few days at work were really difficult. I was having an increase in shortness of breath. The best way I can describe it was like trying to breathe through a coffee straw.

It was Friday, and after the rough time trying to catch my breath I decided to see the doctor. I am an x-ray technician in the office where my physician practices, so I saw my primary care doctor. She ordered everything from labs, EKG, and a chest x-ray. The only results were an increase in my heart rate and my white cell count was a little high. She wanted me to follow up with her after the weekend and she would order more tests, but advised that I go to the emergency room if it got worse.

I didn’t do much of anything all weekend because of the shortness of breath. By Sunday evening I tried to go to bed and I felt a crushing pain in my chest. I decided it was time to go to the ER. It wasn’t even an hour after my arrival that I was told I had a massive saddle pulmonary embolism and multiple other blood clots throughout both the left and right lungs. There was occlusion with near infarct (death) of the left lower lobe.

I was admitted to the ICU by a critical care pulmonologist and started on an IV clot buster drug that is commonly used for victims having a stroke. Following the clot buster was heparin for an additional three days. The physician was very close to advising an intubation and induced coma to allow time for the clots to break down. It was all very painful and some of it I don’t remember, but they saved my life. If I had gone to bed that Sunday night, I likely wouldn’t have woken up on Monday.

The summer heat was difficult but I was overcoming and beating this pulmonary embolism. One evening in late June, I ended up going back to the ER. You see, anxiety plays a huge role in your life after having a PE. I felt the shortness of breath was improving, but I was still having chest pain and my heart rate was still high around 145. I had extremely weak legs, tremors, hair loss, and feeling that something wasn’t right.

I was admitted a second time and it was determined that I was experiencing thyrotoxicosis and had developed hyperthyroidism. I now have another diagnosis of Graves Disease. My endocrinologist believes it could have played a role in my blood clots but we won’t know for sure.

This brings me to November 2018, I had plans to have my thyroid removed and was trying to have it done before the end of the year. I was still having pain in my left lower lung, shortness of breath when I doing much activity or walking a long distance and getting dizzy. I revisited with pulmonology and my doctor suggested that I have a VQ scan. A VQ scan is a nuclear medicine study that measures ventilation/perfusion of the lungs.

The news was not good. I had no ventilation or perfusion to the left lower lung. It is called CTEPH (chronic thromboembolic pulmonary hypertension). I was told that this condition requires a highly precise surgery that is only done in San Diego, California. It is called a pulmonary thromboendarterectomy and I shouldn’t wait long to have a consultation and determine if I was a candidate for surgery.

I was very thankful to have the holidays with my family after my near-death experience, however, I had to figure out how I could make this happen. Of course, all I could think of is the expenses of everything and I had mounting medical bills from everything over the past year.

My husband and I spent a lot of time researching and educating ourselves about my diagnosis. It wasn’t a matter of choice; the life expectancy after diagnosis is around three years. I had to move forward and figure out a way to make it happen. We found that Massachusetts General Hospital had a PTE program. My husband is from that area and still has family who we can stay with. I feel that can make a big difference for my entire family.

Getting the testing done and waiting for the results was a wearing process, but I am scheduled to have my PTE surgery. My husband and two children are coming with me for support, and hopefully this surgery will bring some function back to my life!

Crystal is a recipient of the Unmet Needs Fund. Learn more about how this fund supports PH patients at teamph.org/unmetneeds.