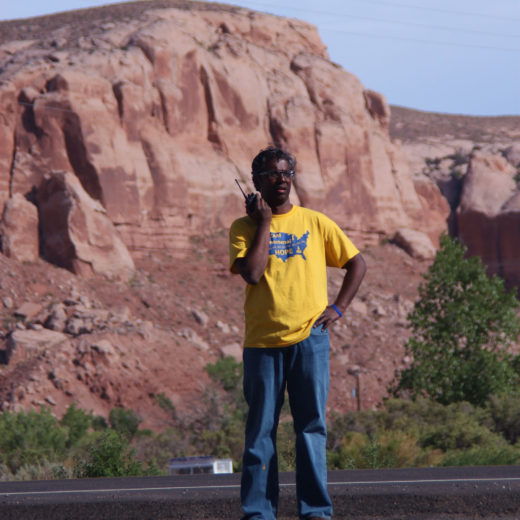 Team PH: What brought you to Pittsburgh?

Will: I attended college at Carnegie Mellon University and ever since the city and its people have had a grasp on me.

Team PH: How did you get started in this business?

Will: My affection towards radio equipment started as a hobby. Over time, a hobby became a curiosity, and then a curiosity became a passion.

During my time at CMU, I was involved in many student organizations that used radio equipment and I volunteered for several local events, providing and coordinating communications services. I got to know the market and I figure out that the communications rental scene was always dry. You’d call up, tell them a day and how many you needed and they give you some stuff that “should probably work” (in their words).

I knew I could do something better, and decided to start a company that would take the time to get to know a client’s needs and work with them, not just for them. At the end of the day, most two-way radio users are not “radio people” and don’t know exactly what they want, or know what is available to them and the benefits they could reap by having enhanced communications. Taking the time to demonstrate or explain their options makes a huge difference.

Team PH: What does Radio 360 do (when not providing race radios to cyclists and races)?

Each client has very different needs, and whether they’re a brand new radio user or an existing user looking to trade in or expand an existing fleet, each one gets an honest recommendation – not a sales pitch for the latest and greatest.

Team PH: How did you get interested in bike racing?

Will: The competitive cycling community is passionate and driven – much like I am. My first bike racing event which I helped coordinate was the first Steel City Showdown in 2008. The event was two days, one of which was a tight course on the North Shore as it is today, while the second featured a road race in Washington County. Both had unique needs in order to coordinate the medics, staff, and volunteers.

It was a good fit from the start and I’ve been involved in various cycling events ever since.

Team PH: Getting at the puzzle of ultracycling … What are the challenges of providing a RAAM/RAW team with the proper communications for their race? Cyclist to car … car to car on teams … cell-free zones … etc.

Will: Providing communications for an event where the competitors need to communicate is very different than most events where organizers are the primary radio users.

Participants are primarily there to compete and win. They need to be comfortable with the equipment so it becomes second nature and it needs to work well with their individual preferences.

From the start, when working with Team PHenomenal Hope we tried several different headset styles to find the ones that worked best for their riders. In addition to just cyclist-to-cyclist communications, the team also needed to communicate from cyclist-to-car and then from car-to-car to coordinate the many support vehicles. Finally, the entire system needed to be self sufficient – in areas were cell networks weren’t available, the team still needed to communicate reliably.

Seamless communications was a goal of ours so we could exceed the needs of the team. Providing separate solutions for each need (car-to-car or cyclist-to-cyclist) wouldn’t be ideal.

When every second counts, a single system where anyone could talk to everyone instantaneously and simultaneously would make a competitive difference. At the same time, having multiple channels available would allow for non-critical communications to occur without distracting the racers.

Team PH: What type of equipment do you recommend?

Will: We immediately started to plan out a system that would allow anyone on the team, whether a racer, driver, mechanic, or team mate, to push a button and talk to everyone else on the team. We knew off-the-shelf equipment wouldn’t work great here, and so the entire system was built from commercial and public safety grade radios, which are regulated by the FCC.

Vehicles had the ability to carry larger equipment and used mobile radios which were capable of reaching far down the road to aid in rider exchanges. Small pocket sized portable radios were given to each racer who had an in ear headset, which allowed them to hear the messages at any moment, and also a separate microphone to talk back when needed.

Other portable radios with a longer range than the cyclists were available for the organizers who may be outside of the vehicles to use. All three of these types and models of radios were custom programmed to work together as a single system.

Team PH: What are alternative types of race radios and pros and cons of each?

Will: There are several off-the-shelf options which are commonly used for cycling events and/or casual users. Unlicensed bluetooth or cellular based systems are available which are tailored for motorcycles, sports or cyclists. But these are usually limited to the number of units that can communicate together at one time, some won’t work without a cellular network, and all would also have a short range limitation unless using cellular data.

Another off-the-shelf option is the “walkie-talkie” Family Radio Service (“FRS”) radios which anyone can buy and use. They’re cheap to buy and usually fairly small, but the range is severely limited. For example, the radios used by the Team PH racer’s in last year’s RAAM were 8 times more powerful than a FRS radio, and the mobile in-car radios used by Team PHenomenal Hope were 60 times more powerful than a FRS radio. This advantage translates to greater range and improved voice clarity, but comes at a cost. The licensing and initial purchase price of commercial equipment usually prevents casual and occasional users from taking advantage of them.

Fortunately, this is where renting shines. By paying just a fraction of the cost of purchasing, users can benefit from them only when they are needed.

In the end, the off the shelf options work great within their limitations, but with an event as complicated as RAAM or RAW, a custom solution stands out from the rest.

Team PH: How does it work – how do racers communicate? Is there a microphone? Or do the racers just listen?

Will: Two-way radios operate with a “push to talk” method. This means as long as the radio is on the right channel, the radio is always listening and anyone who transmits will be heard by everyone within range. Anyone who then wishes to talk would press a button and talk into a microphone, which could be located in a user’s hand, mounted on a headset, or even wrapped around a user’s neck.

This is the advantage of two-way voice communications: since there is no need to play telephone or pass messages along, you can reach a large number of people simultaneously and transmit messages with increased precision.

Team PH: Are these the same radios you would see in the Tour de France? Or in the secret service?

Will: This type of system is commonly used in large, competitive events such as the Tour de France. You’ll see the speakers or earbuds taped to racer’s ears and pocket sized radios being held up to talk.

The same technology is proven and in use across the world for highly critical public safety communications. For nearly 100 years of its existence, no one has come up with a technology to truly replace two-way radio. When there is a need for reaching large groups of users this is the only failsafe solution. There are almost no limits to the technology as well. Multiple channels, automated messages for emergencies or just normal information can be sent at the push of a button; text messaging and even encryption is available if needed.

Team PH: Are you able to help provide athletes communications equipment if they’re traveling from another city/country to RAAM? How do they get in touch with you?

Will: Our rental equipment is available all year round for all types of events, whether locally in Pittsburgh or anywhere else in the continental United States. Whether you are organizing an event and need to talk across the field to your registration tables or racing across America in RAAM, we can help set up a system that will work best for you.

No more fumbling for phone numbers or trying to find someone in a crowd when time matters; with a custom two-way radio solution, your entire event is just the push of a button away.