Advocating for Yourself: Trudy Seidel 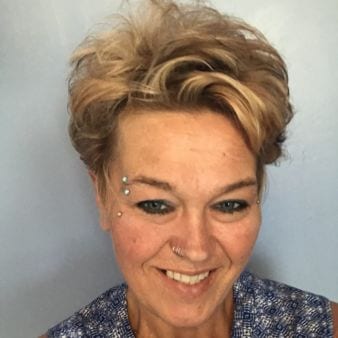 It got to be routine going to the doctor only to be diagnosed with bronchitis over and over. Every now and then they’d diagnosis me with whatever sickness was going around. I was misdiagnosed for more than a year, until that fateful night that actually saved my life. My chronic cough I had, all the sudden changed. I began passing out after I would start to cough. At first I didn’t know what was happening, because I was only out for a second. Over the next several hours I passed out more times than I could count. By the time I knew I was fainting, the spells lasted longer before I came to.

I finally told my mom what was happening. She convinced me to go to the ER to find out what was going on. I explained to them that every time I coughed, I would pass out. The more I continued to describe what I was feeling and what was happening, the less they believed me. Again I was told I had bronchitis, I tried telling them it wasn’t that, and I knew it. Their answer was to give me a cough syrup with codeine. While I waited in the room alone for my discharge papers, again I coughed and fainted. I was almost relieved by it, I hit the call button and after some time the nurse came in and I told him what happened. He gave me a sarcastic smirk and said, “Really, now?”

I was dumbfounded at his disbelief and rudeness, so I asked for the doctor to come back in. He seemed almost mad at me for asking and wasting their time. Finally, she came back in, I told her what happened with the coughing and how rude the nurse was. She apologized for his attitude, and sent me home saying the cough syrup would work. I got home with no incident and told my boyfriend what happened. I took the cough syrup and laid down. Only minutes after I got in bed, I coughed and again woke up after knowing I’d passed out.

I called my mom in tears, scared and frustrated, and told her about the whole experience. She wanted me to go back and I refused. I wasn’t going through that ordeal again. It took close to six hours and my mom calling the hospital to make sure the shift had changed and both the doctor and nurse were gone. My mom took me back to the hospital and I was diagnosed with congestive heart failure. They sent me to the University of Iowa hospital to see if they could help me.

My life changed in April of 2012, when I was diagnosed with idiopathic pulmonary arterial hypertension, (IPAH). I was hospitalized for 13 days, the first few days they weren’t sure I was even going to pull through. Test after test came back negative, but it was the right heart catheterization that told them exactly what it was. A non-curable disease, that if treated, people can live for 10-15 years with it and some longer. Due to the severity of my PH, the pulmonologist wasn’t sure the medicine they had would work.

I was released with a central line (Hickman) in my chest (that has been replaced three times). Its job is to pump medication into me intravenously 24 hours a day. Beside that medicine, I also take 15-20 pills in the morning and about 10 at night. Some of those exact pills that keep me alive have horrible side effects that, at times, are as harsh as the disease itself. My “bad” PH days consisted of flushing, nausea, headaches, burning foot and leg pain, diarrhea, and jawaches. The first year I had them almost daily. The side effects have decreased and are usually manageable, but I’m never pain free. My body is always going through something, whether it is a mild or severe day, it’s just my new normal. I was also put on a CPAP machine at night with oxygen to keep my oxygen levels up while I sleep.

I was so self-conscious having the chest tube running across my chest that I hated leaving the house. Then the following year I was put on oxygen 24/7 for more than two years. Dealing with pulling the oxygen canister around was horrific for me, it was so hard that I would only go out in public for my doctor appointments.

Today, my PH is stable. I still have my central line and I still take about the same amount of pills daily, and I’m only on oxygen at night.

Trudy is a recipient of the Unmet Needs Fund. Learn more about how this fund supports PH patients at teamph.org/unmetneeds.