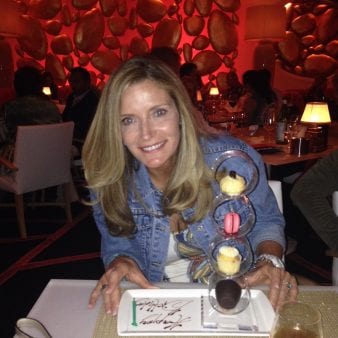 My name is Christine Walsh, known to family as Chrissy, and to most friends as Chris. I’ve worked in the healthcare industry a long time. I started my career twenty-six years ago as a Registered Clinical Dietitian specializing in HIV. After several years in that field, I was offered a job with CVS Health. The transition into this business seemed like a natural one, so I eagerly accepted.

I had no idea at that time the opportunity I’d be given me to help people on their path to better health. I work in a division that assists patients in accessing medications that are critical to managing their conditions and, in many instances, are life-saving treatments. Over the years, I’ve been involved in a number of different disease states. Throughout my time at CVS, I’ve been blessed to come in contact with so many individuals at a variety of organizations and foundations who have dedicated their life’s work to helping these patients.

Recently I was given the opportunity to work with the Pulmonary Hypertension team here at CVS. It is through this work that I’ve had the opportunity meet a gentleman who lost his daughter to PH. His daughter was diagnosed at the young age of 13 and was not given long to live. Against all the odds, she lived another 13 years. It is her courageous story that has inspired me to get even more involved on a personal level.

In my quest to “do more,” I’ve teamed up with Team PHenomenal Hope to participate in their #LetMeBeYourLungs program. I’ve always been physically active but have never participated in an event like this. On April 14, I will be in Richmond, VA to run in the Ukrops Monument Avenue 10K race on behalf of a young PH patient who cannot run for themselves. That young patient is Callie! Callie is five years old and was diagnosed with PH in September of 2017.

Her story goes back much further than that though. Suffice it to say, she has been through more already than any child her age old should ever have to go through. Callie was diagnosed in utero at 35 weeks with a very rare brain AVM called Vein of Galen Malformation. She went into heart failure within twenty four hours of her birth. This set off a rollercoaster of events that required her stay in the NICU for several months. She experienced many complications during that time and even more over the next several years.

Fast forward to September of 2017, one week after her fifth birthday, Callie was admitted into the hospital and diagnosed with pulmonary hypertension. This was a devastating and unexpected blow to Callie and her family. She had already overcome so much and beaten great odds. But once again, she is fighting for her life. I’ve been in touch with Callie’s mom Nikki. She has shared so many personal stories with me about Callie. Despite all she has faced, she remains a happy and joyful little girl with an indomitable spirit. She has a lot of fight in her, loves being with her family and especially adores her big sister, Reese.

This little girl has inspired me in ways I can’t even yet fully comprehend and I haven’t even met her in person! I’ve been working hard at my training and fundraising for this fantastic event. As it draws near, I’m more inspired than ever. I feel honored to represent Callie and to be her lungs when I run in the UKrops Monument Avenue race on April 14. I cannot wait to cross that finish line and see Callie. 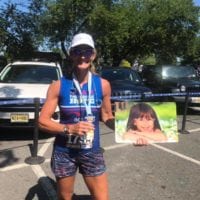