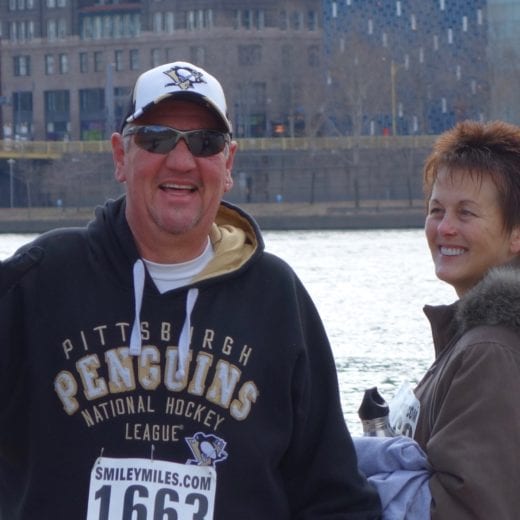 A little background on who I am, what I’ve done in my life, where I’ve been and where I am today.

My name is Daniel Kolopajlo. My friends and family refer to me as Dan. I am a 53-year-old male. I spent the majority of my younger years playing softball, baseball, racketball, tennis and lifting weights. At one time I was able to bench press 375 lbs. In 1989, at the age of 27, I met and married my wife. I became involved in Special Olympics in 1990 and spent the next 22 years coaching Special Olympics bowling, golf, football, cycling, and basketball. I also studied and became certified in swimming and spent two years coaching high school swimming. In 1997, my wife and I along with our two children, self-contracted, built, and lived in a beautiful 4500 sq ft home. From December 1988 through August 2010, I worked several jobs in the natural gas industry while employed with Mountaineer Gas Company in Weirton, WV.

During the summer of 2010, I applied for and accepted a job with Florida Gas Transmission. The job required relocation to the south Tampa area. I resigned from Mountaineer Gas, sold my home and relocated my family and possessions. I started with my new employer on September 3, 2010.

In the spring of 2011, I began feeling heaviness in my chest and found myself increasingly out of breath and in pain. After 5 months of testing by an allergist, pulmonologist, and cardiologist, on September 1, exactly one year after my move, I was diagnosed with Functional Class 4, Idiopathic Primary Pulmonary Arterial Hypertension. I was given a 2% chance of survival over a 6 month period if treatment failed.

Within a matter of days, I was in the hospital and a central line was inserted in my chest wall. Veletri, a vasodialator medication, was flowing directly to my heart 24/7/365. I was also prescribed a slew of other therapies and medications, all meant to help my heart and lungs. After a few weeks, I was able to return to work. Over the next 18 months, although it became increasingly difficult to perform my duties I remained employed. However, my superiors saw the decline in my daily performance and I was let go on March 7, 2013.

My wife and I spent the next year adjusting our lifestyle, dealing with and treating my PH, applying for and eventually being approved for Social Security Disability. In December of that year, I applied with and was accepted as a patient in UPMC’s Comprehensive Lung Center. In order to remain such, I would need to be seem by the team of doctors every 3 months, posing a huge financial travel burden on my already strapped family.   Accepting that the only cure for PH is a double lung transplant, we researched the best facility in the US to perform such surgery and were not surprised when we learned that UPMC was #1 in the country. With that, the fact that I was already a patient with UPMC Lung Center, and the fact that our daughter and other family support were all located in the Ohio Valley area, we made the decision to sell our home and move back to the area.

We listed our home in April 2014. It sold in less than a week. We spent the next several months living in a Florida rental home while looking for an affordable home in the Ohio Valley. On November 7, 2014 it was official; we were once again residents of the north. In April 2015, I participated in and successfully completed the one mile walk in the second annual PH Awareness Run/Walk in Pittsburgh. A distance that at one time I never thought I would be able to do.

I continue to receive treatment for PH at UPMC. With each right heart cath, my pulmonary pressures have decreased. My heart input/output has dramatically increased. My heart has also returned to somewhat of a normal size. My overall health has significantly improved. In February 2015, my doctors agreed that I was in good enough health to undergo general anesthesia, something that is normally a “no-no” for PH patients. I received a much needed right shoulder replacement. The procedure and my recovery was flawless. As such, I was approved for another surgery and had my left shoulder replaced in August 2015.

Most recently, with the incredible knowledge of Dr. Patricia George, and my functional class now being 2, my central line was removed and replaced with a much less invasive subcutaneous therapy.