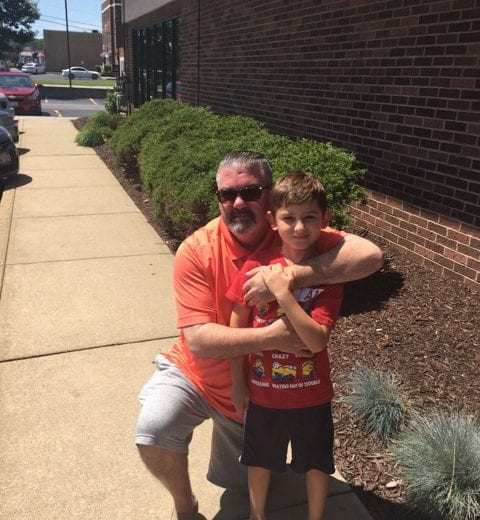 My name is David Grady. I was diagnosed with Pulmonary Hypertension June 18, 2008. Prior to my diagnosis, I had several symptoms such as shortness of breath and a persistent dry cough. I was prescribed asthma medication to combat these symptoms. The asthma medication did not relieve these symptoms. Finally, I had an EKG during a routine physical (June 13, 2008). The EKG showed the right side of my heart was enlarged. I had an echo the following Monday, and a right heart catheterization June 18, 2008, which determined that I had Pulmonary Hypertension.

After my diagnosis, I never went back to my job as a police officer and retired medically. This was very difficult because it was a job I loved and I had no say in my leaving. I learned that there were things such as weight lifting and running that I would not be able to do anymore. However, I continued to exercise using the treadmill to walk. I also got a German Shepherd – Samantha – who I walk numerous times a day to stay active.

Pulmonary Hypertension is a difficult disease to live with, but not impossible. Keep positive and don’t give up. Stay active with what you can do, and “Just Do It” as Nike says.