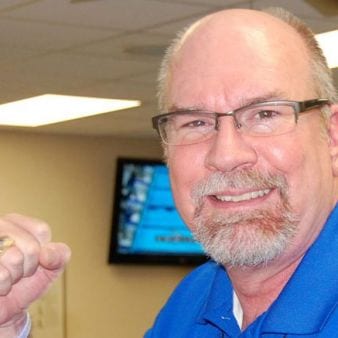 Each of us has our story or journey about being diagnosed with pulmonary hypertension and that includes me. Most of us have some striking similarities but then there are differences, too.

Here are some of the things you and I probably have in common. About two years before being diagnosed I started noticing some unusual symptoms – unusual for me anyway. My symptoms included: shortness of breath with just moderate exertion, light-headedness, chest pains, fatigue, and fluid retention or “cankles.”

You know what “cankles” are, don’t you? When your legs are so swollen you don’t have ankles and your calves just kind of merge into your feet.

I also had trouble sleeping from sleep apnea and sometimes insomnia. I was often afraid to fall asleep because I would frequently wake up gasping for air. I reached the point where walking up just three or four steps or any kind of incline was enough to leave me gasping and having severe chest pains.

Here is something else I bet we have in common – I was misdiagnosed with several other conditions before being diagnosed with PH. For me, these included:

While I was being treated for asthma, my primary care doctor and his resident ambushed me during a “routine” follow-up appointment. My PCP was at a clinic in a teaching hospital, so I typically saw both a resident and the PCP. Since it was a teaching clinic, sometimes they would ask patients to volunteer for various “tests” for medical students. I volunteered to have an EKG.

The nurse performing the EKG told me there was a problem and she needed to check with a physician to see if she should do it over again. She thought the problem might be a loose electrode. So she left the room and was gone for quite a while. When she came back all she said was it was “all good”, and the doctor would talk to me at my next appointment about two weeks away.

“Mr. Taylor, your EKG showed that you have significant tricuspid valve regurgitation.”

My first thought was why can’t doctors talk in English? What “tricuspid valve regurgitation” mean? Then, I thought it’s a problem with a heart valve, they are going to tell me I need to have valve replacement surgery, and my heart sank at the prospect of heart surgery.

They went on, “the tricuspid valve is on the right side of the heart and right side heart issues almost always mean pulmonary hypertension.”

What a relief! I had never heard of pulmonary hypertension before but at one time I had taken medication for hypertension so I thought I was going to get off with just a prescription and taking regular medication.

But, they weren’t done, “Pulmonary hypertension is a rare disease. It is usually fatal and there is nothing that can be done for it. You are probably going to die within 3-5 years. You need a right heart cath right away.”

I was stunned. Absolutely stunned. I had gone from asthma to terminal in just five minutes. I was only 45. In just three sentences my doctors had taken every hope I had for a future and made them vanish. Abracadabra and they were gone. Without hope, I didn’t care if I had the right heart cath or not. I didn’t see how having it would matter anyway if there was nothing to be done for someone with pulmonary hypertension and the disease was fatal. It was terrifying.

One appointment with Dr. Highland and two days of testing and although I knew the prognosis was grim, I saw that there was perhaps some hope. Dr. Highland confirmed that I had idiopathic pulmonary arterial hypertension (IPAH).

My choice was to try the oral medication first. Frankly, I was scared to try the other two medications at that time. After just a few weeks I felt so much better. Dr. Highland showed me that there was hope and options for treatment. Eleven years later, there are several more PH medications available and more being developed.

I have been fortunate, at least, as fortunate as someone can be with pulmonary hypertension. Although I had symptoms for over two years and I had reached Functional Class IV (the worst class) before being diagnosed, my diagnosis was relatively early. I also responded to the first PH medication I was prescribed and to a second PH medication added a couple of years later.

The prognosis of 3-5 years was over eleven years ago now, and I am still fighting. My tolerance for exercise and physical activity has increased tremendously on two PH medications, and participating in pulmonary rehabilitation at a local hospital. When I started pulmonary rehabilitation a little over seven years ago I could only do about 18 minutes of exercise two days a week. Now I try to go three days a week and can exercise about 60 minutes on top of other physical activities like shopping, light chores around the house and traveling.

There are two things I would like others to learn from my experience:

Hope is what keeps us going. Hope is that fire inside us that tells us maybe things can get better. Don’t let anyone take away your hope, especially a doctor who may not know better.

A well-qualified pulmonary hypertension specialist can help lead the way by showing us our options. Just because a doctor also treats pulmonary hypertension doesn’t mean they fully understand all of the possible therapies and treatments. It is important for patients to find doctors who know what all the options are. It is well worth the effort to have at least one exam with a doctor who specializes in treating pulmonary hypertension even if it means the patient has to travel a distance to see someone. 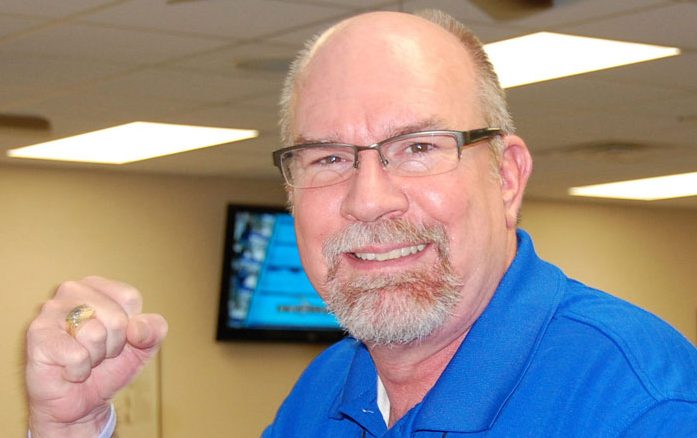