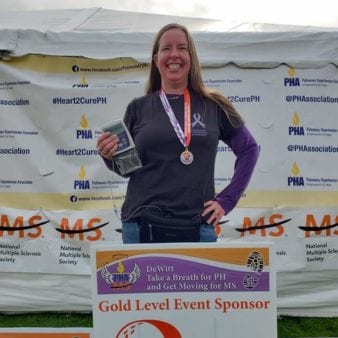 When I was just seven years old, I lost my best friend to pulmonary hypertension. BJ was diagnosed just nine months before he died in 1982. Nine months! In 1982, there was no medication available for PH. He did try an experimental drug, but it didn’t work.

Fast forward to December 2017. I was laying on a hospital bed having an ECHO done. The cardiologist was there in the room with me. He said I had PH. He said I would go on three medications. I was so glad to have answers. Now…I guess because I was seven and the pain was too much I never really knew the name of the disease that caused BJ’s death. I would tell people a rare lung disease. I was told that I didn’t need to worry. What he had was not hereditary. So, I didn’t worry. In that room I had no idea I had the disease that took my best friend 35 years ago. What did I do? I, excited to finally have an answer, text my parents that I have something called pulmonary hypertension. Yeah…I did. It makes me want to throw up.

Still, not knowing PH is what BJ had, I went very quickly after the ECHO for a right heart catheterization. This is THE test to truly diagnose PH. When they were wheeling me back to my room, there stood my husband, parents, and sister. All who had arrived at the hospital while I was in having the procedure. The doctor was telling my parents how extremely bad my pressures were and that I most definitely have PH. The look my dad had when he said, “That is what our son died of in 1982.” This broke me and broke me hard.

There are now 14 drugs on the market. I am on three of them. My U of M doctor calls it the gold standard. I have lived more than nine months with PH because there are medications that have allowed my heart and lungs to function better. At my last right heart cath, the pressures were down, but nowhere near normal. The great news was that the heart function was in the normal range. You see, PH is high blood pressure in the lungs that causes strain on the heart. The right heart specifically. It is the heart that gives out because of the lungs with PH.

Having an IV pump strapped to me 24/7 for the rest of my life sucks, but the alternative sucks a LOT worse.

I have idiopathic pulmonary arterial hypertension. That means there is no known reason I have PH. There isn’t an underlying cause. A true mystery at this time. I did have genetic testing done. I don’t even have one of the eight known genes for PH.

My BFF found Team PHenomenal Hope. This is an organization that fundraises by having runners pair up with someone with PH. Their slogan is LET ME BE YOUR LUNGS. In May, Adrienne Kimbrell ran the Bayshore Half Marathon, and in October, she will be running the MO’ Cowbell Half Marathon and Grand Rapids Half Marathon. She is MY lungs for these races.

My brother, BJ would be 42…so many birthdays we have had to celebrate without him.

To honor BJ, and to help all of us continuing to PHight, PLEASE consider helping AJ, you can donate to her efforts here. Yes, my best friend went from BJ to AJ…

Let’s get her to her goal. 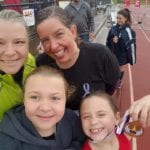