Heck of the North: A Heck of a Race 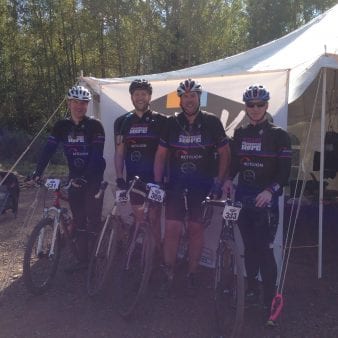 This is the second year that four riders from Aria CV Inc. (John Scandurra, Karl Vollmers, John Gainor, and Lucas Harder) have been on Team PHenomenal Hope. We wanted to challenge ourselves this year, so we signed up for a 57-mile cyclocross/gravel ride, The Heck of the North. The race took place on September 30th in Two Harbors, MN. Training for the race this year was a bit sporadic as Aria CV was in the middle of its first clinical trial, necessitating a chaotic work schedule and a couple trips to Europe (one of which was the week before the race). As the race approached we started to gain some confidence in our physical abilities. John Gainor even rode in the Chequamegon Fat Tire Festival 40 as a warm up a couple weeks ahead of our team race.

Given that only one of us had ridden in a cyclocross race in the past, equipment and race day packing was a bit of a concern. As we are all engineers, we did what engineers do and over researched the heck out of what kind of tires are best for mixed conditions, what gear ratio is best for single speed riders, what the trail conditions of past rides have been, and what is the best magic to handle cramps late in the race. The answers happen to be: 700X41 / 700X37 / 700X35 / 26X2.0 (or whatever you can fit in your fork), 42X18, variable and pickle juice!

The day before The Heck, we made an exodus from work, gathered our bikes and families and made our way up to northern Minnesota. We picked up our race packets the at Castle Danger Brewery, had a pint of good beer and turned in to our scattered hotels across the north shore of Lake Superior (we all procrastinated in booking of course). The race started at 8:10 am sharp, wait, make that a last-minute mass start at 8:00 sharp. At 7:50 John S., Karl and John G. waited at the start for the race to begin and a nervous text came in from the missing racer Lucas, who was at the time looking for the race start in an empty campground.

Lucas had managed to navigate to the ad hoc campground for the ride instead of the race start. Fast forward to 8:05, 5 minutes after the race starts with John, John and Karl searching for clues of Lucas, while Lucas and his family are scrapping their car through some four-wheel drive paths on an ill-advised google navigation route to the start line. When the car could no longer manage the rough path Lucas hastily grabbed his bike and started pedaling furiously down a rocky trail.

Thankfully he was actually on the last few miles of the race trail and came up on the start line by 8:25. Meanwhile the mass start was long gone and initial wide flat gravel road was giving way to smaller fire roads while the rest of the team was wondering if they would have to send out a search and rescue for Lucas after the race. The frost in the shadows was disappearing and the day was warming up pleasantly at this point, making for a beautiful cool morning ride. About 12 miles into the day John G. got the first flat for the team. This was a perfect opportunity to shed some layers, for the black flies to have a snack on the Aria riders and for Lucas to catch to up to the group. With a new tube installed on John’s wheel and a text sent to Lucas’ wife assuring her that he was not lost to the world, we set off as a complete team.

At this point we were pretty far off the back of the main pack of riders, giving us a nice quiet ride through pristine wilderness. In the next ten miles we navigated our way through some muddy patches, pitted roads and rolling hills, while taking in the sights, sounds and smells of the dense pine forest around us. About halfway into the ride we emerged from the woods to one of the two short paved sections on the ride, this led us to our rest point and some much appreciated PB&J Nutella sandwiches. After we fueled up, we were off again. Having caught and passed a handful of riders, we were feeling pretty good.

The second half of the ride was through some more open forested and bog areas on smoother gravel roads. About 30 miles in, John Scandurra noticed a hole in Lucas’ tire side wall where a bulge of tube was sticking out. Karl quickly consumed a stinger waffle and proceeded to use the wrapper as a patch for this problem, proving that wrappers are some of the best cyclist tools. This was also about the time that the majority of us confirmed our love for pickle juice and we did some shots, except for John S., who remains a pickle juice skeptic.

At about 40 miles the trail was stretching on and we were slowing slightly. To get out of this funk, and keep from getting caught by those we had passed, we pushed up to a pace of 19mph for a good clip. During this time, we passed a poor unfortunate guy who’s seat rails had snapped. Luckily another racer had a roll of medical tape, we later saw him finish with a full roll of tape holding his saddle together. As we made our final turn onto the last five miles of trail we downed some more pickle juice and remarked on the luck we had struck for the perfect day to do this ride.

The last five miles were very rocky and rough, and familiar to one of our riders. Luckily, we had enough fuel in the tank to put some power down and get our speed up to roll over the terrain. As we emerged from the narrow path we saw the finish line in the distance. As we approached the photographer we planted at the finish we lined up for a good picture. Karl promptly followed this with a surprise sprint, to which Lucas gave chase. Karl held off Lucas as the amassing crowd roared at the exciting finish line spectacle. This sprint prompted the event staff to momentarily think that these were the first and second place finishers coming in from the 100-mile race being run simultaneously. Flattered and amused, we were just happy that we had beaten the 100 milers.

Following the ride, we all ate whatever food we could get our hands on and watched the awesome 100 mile racers speed through the finish. We all had a great day, and were in good spirits following an exhilarating ride through some beautiful country on a gorgeous fall day. We were pleased to ride the race in Team PH colors and are happy to be able to do our part to spread the word and support the awesome cause of Team PHenomenal Hope. 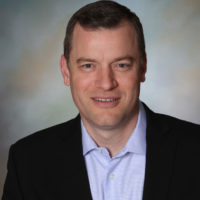 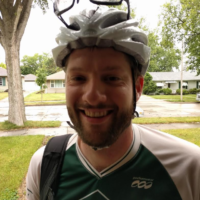 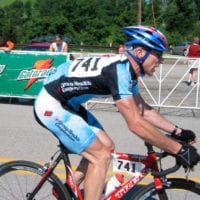 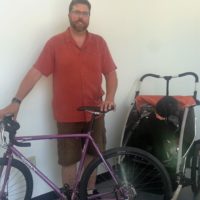