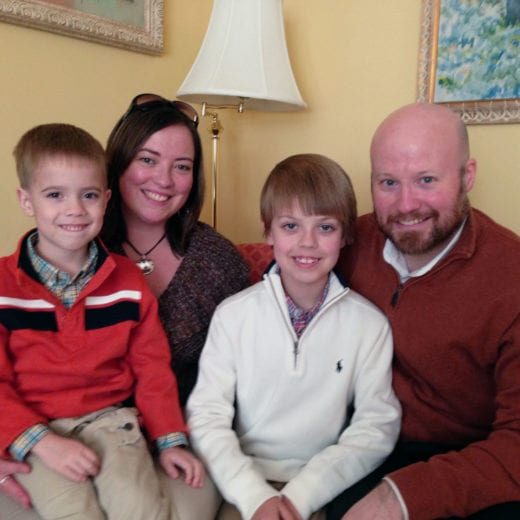 In February of 2008, when I was 34 weeks pregnant with our second son, I was diagnosed with an incurable, progressive and terminal condition called Idiopathic Primary Pulmonary Hypertension (PH).

The pulmonologist who diagnosed me said that since I was so sick at diagnosis, he didn’t expect me, or our baby to survive.

In retrospect, we can trace this illness back to at least January of 2004. While there are a lot of causes for PH, the doctors have no idea why I have it. At the time of diagnosis, I had to crawl on the floor to put our then 3 year old’s toys away, and wasn’t able to walk a flight of stairs without struggling to stay conscious. I finally decided that this was something more than just “being out of shape,” and admitted my struggles to my obstetrician, who admitted me immediately. Five days later, I was diagnosed with PH, and the pulmonologist who diagnosed me said that since I was so sick at diagnosis, he didn’t expect me, or our baby to survive. The doctors couldn’t agree if they should try to save my life, or the life of our son. Eventually they decided they couldn’t treat me at all.

After several big PH centers declined to treat me (they also had “no hope” for our survival), UPMC’s Magee Hospital was willing to try. Twelve hours after diagnosis I was transferred to Magee. Two hours later I was intubated because I could no longer breathe on my own. Less than ten hours after that our son was born in an ICU unit at Magee. There were so many hospital personnel crammed into the room fighting to save our lives, that they actually broke the doors!

I was alive – and I had hope for a “better tomorrow.”

Our son was born early, but healthy, with no sign of oxygen deprivation. It was a miracle! Later that day I was transferred to UPMC’s Presbyterian Hospital & started on Flolan (a continuous IV that goes straight into the heart). After several weeks of being a patient in 3 different hospitals, 2 ICU units, and having my husband be told countless times by various doctors that he “should prepare for the end,” I was finally discharged. I went home with a continual IV, various pills, continual oxygen, PH, end-stage heart failure, a busy 3 year old, a newborn, and barely enough strength to make it from the car to the front door. But, I was alive – and I had hope for a “better tomorrow.”

I am alive today and doing as well as I am by the Grace of God, and because of PH research!

Over the past several years my health has been a yo-yo. I would begin to get better, and then a medicine would stop working for me, and I would plummet again. We would change medicines, and the process would repeat. Finally in October of 2010, I was out of medical options. It was time to be placed on the lung transplant list. At that time I was fortunate to be “sick enough” to qualify as a participant in a particular clinical drug trial. This medicine did wonders in terms of my ability to breathe, live a more “normal” life, and be a better wife & mother to our two active boys. I am currently doing the best I have since my diagnosis. I am alive today and doing as well as I am by the Grace of God, and because of PH research!

Being diagnosed with a terminal, incurable illness has been life-changing in so many ways. My faith has grown in ways I would have never imagined possible. PH has taught me to focus my attention on the important things in life, and make special memories with my family. It has been my privilege to share my story on Capitol Hill in 2013, speak at the International PH Conference in 2014, and co-lead the Western PA Young Adult PHriends Support Group, which is geared to PH patients in their 20s-40s, as well as their families & caregivers. I’ve also been able to raise PH awareness through newspaper & TV interviews, speaking at women’s conferences, and share my story on several websites, blogs, and various other forms of social media.

I’m thrilled to be the Race Director for the PHenomenal Hope 5k here in Pittsburgh, PA. Our inaugural event, in the Spring of 2014 had 400+ participants, and raised over $25k toward finding a CURE for PH, and we are looking forward to making this year’s event even bigger! Each year the event is held on a weekend morning in early April at the North Shore Riverfront Trail, with the Start/Finish at the Heinz Field Boat Launch. While I can’t even walk 5k, I am excited to do everything I can to raise awareness of Pulmonary Hypertension, support other patients, and help find a CURE!

While I can't even walk 5k, I am excited to do everything I can to raise awareness of Pulmonary Hypertension, support other patients, and help find a CURE!
Julia Feitner 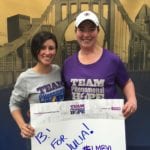 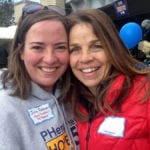 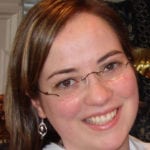