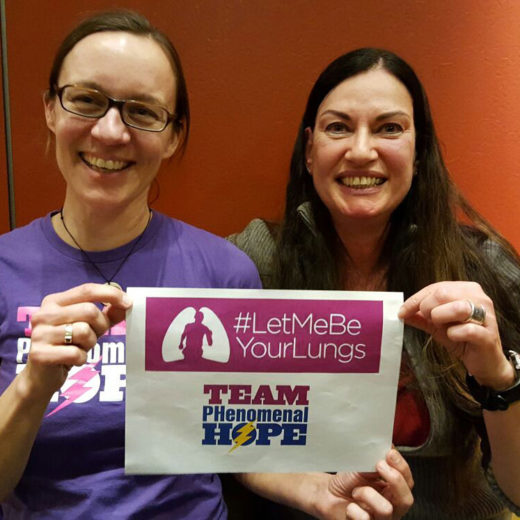 #LetMeBeYourLungs – I liked this slogan by Team PH initially!

So I thought that I´d like to use it myself. The Insellauf was on my schedule für 2017 anyway. I lived close to the place where the run took part several years ago, so it was a good opportunity to come for a visit and do the race.

I met Monika Kischel on Facebook in a group for people with PH. I liked her immediately, because she was so positive minded, with a good sense of humor, despite her disease.

Monika has PH for 30 years! At least she’s a NO responder.

Besides PH there are other health issues to deal with, but she’s a really tough person.

Well, Monika was the perfect choice for me, so I asked her if she would like the idea of “#LetMeBeYourLungs”. She said yes so we met before the race and had a really good time!

Unfortunately we forgot to take our camera, so there are just cell phone quality photos. We look happy but not as good looking as in reality…

2 days after we met the race took place. 15 k across the river Rhine, one lap around a small island and backwards. I prefer cycling, though running especially during wintertime is an option, but a 15 k race is a quite a distance for me. My goal was running under 1:20. As always I raced without a watch, letting my body decide which speed I am capable of.

The first kilometers were easy and smooth, meanwhile I thought about Monika and all the other brave PHighters. The last kilometers were getting harder but at the end I finished in 1:17:22 and was quite pleased with the result.

A nice run and a very special opportunity to run for Monika! Monika, go for the next years as a PHighter! 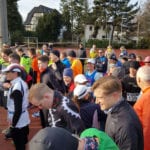 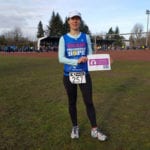 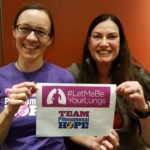