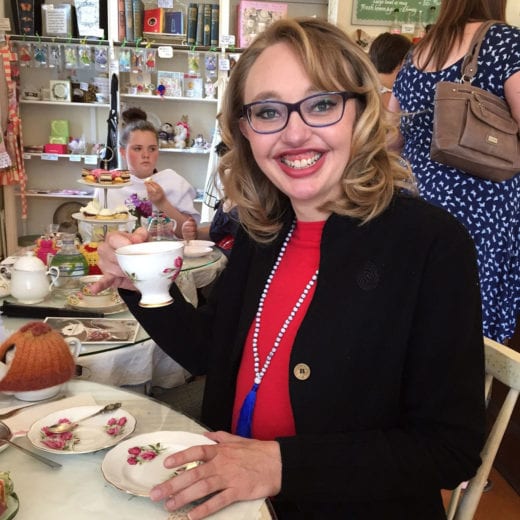 We met many people at the PHA International Conference, and Philippa from New Zealand, allowed us to share her story about her diagnosis. We appreciate her sharing her story of her diagnosis, in the first blog post dedicated to living with PH.

At ED I had a chest x-ray, blood test and an ECG, they said all was fine and sent me home at 2 am. Three days later I got a call from my G.P. Saying he wanted to talk to me about my chest x-ray because I had an enlarged heart. The G.P. then said I might have mitral valve incompetence and he would book me in for an echocardiogram. Meanwhile my parents went to Hamilton for a family birthday and meet up with a medical relative who told mum and dad to book it privately and to not wait around. When they came home they booked me in for an echocardiogram. The next day while I was at work mum got a call from the G.P. saying that I had pulmonary hypertension. I was seen by a cardiologist that afternoon and was admitted to coronary care unit that evening, to further investigate and to consult with Auckland because I also had liver disease and sleep apnoea. I started on sildenafil straight away. There was talk that I would need one or more organ transplant. A few weeks later they started me on Iloprost which I had to inhale 5 times a day. I went to Auckland and the outcome was that a liver transplant would stop the progression on my PAH. Six months later I received a liver transplant and things were touch and go for the first week but over the three months to a year I got better. However my PAH did not stabilise. I stop the Iloprost and started on Bosentan as my body reacted badly to the Iloprost. My PAH is still up and down today I am on sildenafil and Bosentan and try to stay as fit as I can. 18 months ago I went to visit my sister in London and travel Europe. I hope to go to the PH conference in 2012.