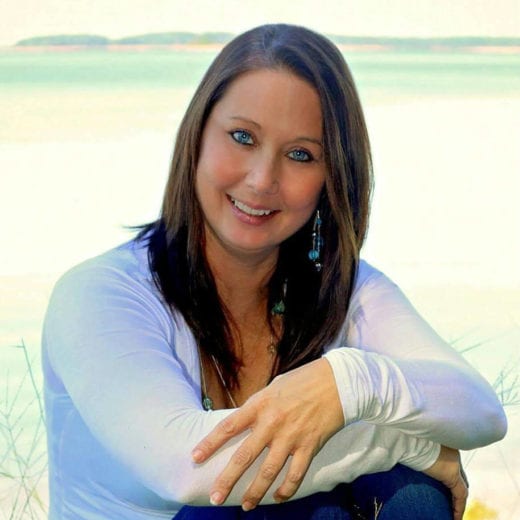 It all started about 7 years ago.

My afternoons and weekends were spent practicing softball with my youngest daughter. I began to notice that I was getting out of breath and tired with less and less activity.

Slowly I realized that it wasn’t just happening while we were practicing, but also with things as simple as grocery shopping. I then came down with bronchitis and couldn’t seem to shake it.

After a couple of months my primary care doctor decided to send me to a pulmonologist to see if there was something more going on. Over the course of the next year it seemed like the pulmonologist ordered every test he could think of, more chest x-rays, pulmonary function tests, blood work, allergy tests, a cat scan of my sinuses, a bronchoscopy, and an echocardiogram.

After all of this the doctor told me that he “thought” I had something called Pulmonary Hypertension. He offered no more of an explanation, gave me an inhaler and sent me home.

So here I am thinking an inhaler is going to cure whatever this Pulmonary Hypertension is and I’ll be good as new. Of course the first thing I did when I left his office though, was Google Pulmonary Hypertension. Expecting to read that it’s something like asthma (I mean why else would he have given me an inhaler?) I realized that I was gravely mistaken.

Not taking into account that the information I was reading was out of date, I thought I had been given a death sentence. I was scared I wouldn’t see my children graduate high school, much less get married and have children of their own. I didn’t ask my doctor any questions because I was scared of the answers.

For the next year I was in denial.

I went to my doctor’s appointments where he still threw around the words Pulmonary Hypertension, but never offered any other form of treatment besides the initial inhaler. I tried to convince myself that I was improving, or at the very least, not getting any worse. My husband finally sat me down and told me that if I didn’t find me another doctor, he would. He told me that he could see my health deteriorating day by day and if I didn’t find a doctor that knew what he was doing, I wouldn’t be here in another year.

I did some research and found a pulmonologist in my area that specialized in Pulmonary Hypertension. I knew with my first phone call to their office that I had found the right place.

The receptionist could hear the fear and frustration in my voice and immediately put me at ease. She assured me that this doctor would be thorough and get to the bottom of what was going on. She gave me an appointment for the following week.

This time I was determined to ask questions and be more involved in the decisions to come about my health care. I gave him the rundown of my previous three years and he took more time talking to me in that one appointment than the other doctor did the whole time I was going to him. Over the next two weeks I had a cardiopulmonary exercise test (cpet), an echo, and then the tell all right heart cath.

On November 8, 2012 I was told that I did in fact have Pulmonary Hypertension. My doctor immediately started me on adcirca, something that should have been done three years earlier. I take full responsibility for that however, and I’ve learned how important it is to be your own advocate. I knew something wasn’t right and I should have communicated more with the first doctor I saw, or sought out another one sooner.

I’ve been on a number of different PH meds since my diagnosis including adcirca, tracleer, opsumit, orenitram, and adempas. Since March or 2016 I’ve been on adempas and it seems to be working well for me.

With Pulmonary Hypertension you never know how you’re going to feel from day to day and the meds could stop working at any time.

Instead of still being in denial, I now choose to look at my diagnosis as a blessing. It’s taught me to live in the moment and not take a single day for granted.

Instead of a death sentence, it’s given me a new appreciation for life.

I thought I had been given a death sentence