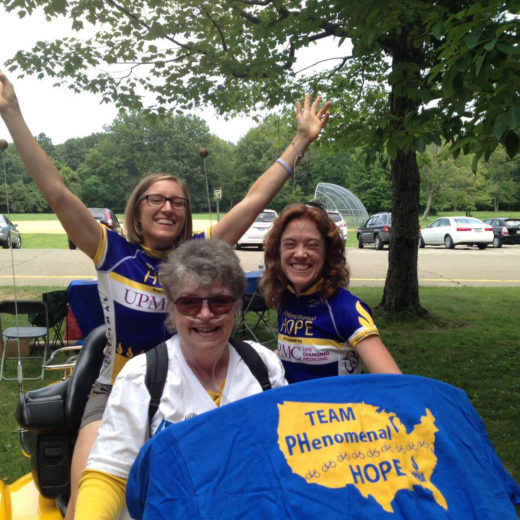 Right before my diagnosis, my husband decided to take an early retirement. After all, we had raised four children and personally cared for my father. We were now empty nesters with flexible schedules. While I still had obligations through my work as a real estate broker and appraiser, we were finally alone to do things together… just the two of us.

At first I was reluctant to visit the physician.

Not long after, my father passed away. All of a sudden I wasn’t feeling well, but with my father’s death and with the 9/11 attacks having just taken place, I attributed this to a mild case of depression — something I never thought I would experience.

In the weeks that followed, I grew increasingly exhausted. I struggled to show houses with steps and farms with hills. During a company picnic, I mentioned my fatigue to someone, and they quickly urged me to see a doctor.

At first I was reluctant to visit the physician. However, I ultimately gave in. The doctor ran all tests related to the heart and lungs. My LHC (left heart catheter) showed my heart was strong. All tests came back negative. Still, the doctor knew something must be wrong.

My next stop: The Cardiologist. He read the entire EKG test, not only the results. Having just returned from a seminar on a new disease called Pulmonary Hypertension, he had a hunch this could be the diagnosis.

A double lung and heart transplant was suggested

To confirm, I went to the Cleveland Clinic Foundation (CCF) — a place so large it’s a city within a city. I was wired up like Darth Vader and told to pedal on a bike going nowhere. “Take a deep breath and hold it, hold it, hold it, now PUSH!”

Next test: a tube down my nose and a pinch of my lung. Then I underwent the ultimate PH indicator, the RHC (right heart catheterization). As it turns out, the right side of my heart was more than three times its normal size. I had PH. A double lung and heart transplant was suggested — it’s still a strong suggestion to this day. Without treatment, I was given roughly two years to live. But I’m a fighter, so I decided to battle this disease that had taken over me.

It didn’t take long before we encountered a major hurdle in my fight against PH. When my husband retired, our insurance changed. The CCF wanted to put me on Flolan, but it wasn’t covered. Instead, I was put in trials for two new treatments. Neither worked, and the latter trial negatively affected my liver. I was going downhill faster than expected — my life expectancy dropped from two years to no more than three months. At this point, Flolan was necessary despite already owing CCF more than $49,000 and the local hospital $12,000.

Is this the cost of living?

I met with Public Assistance to somewhat relieve the financial burden. They agreed to help – but there was a major price to pay. My husband received too much retirement income for me to qualify. After 30 years of marriage, our only option for getting help was to separate legally and physically. This begs the question, “Is this the cost of living?” After Christmas of that year, I moved into a second floor apartment and became destitute.

In January, I got the Hickman line, a tube that is inserted into your chest and threaded into a major vein down into your heart. I came “home” to involuntary solitude, recuperating from surgery and adjusting to a whole new life. I figure with all the meds I have now, the cost is about $600 per day. Public Assistance/Medicaid pays for this, but not the money we owed prior to their help. Again, is this really the cost of living?

He takes his marriage vows seriously, including the vow to take care of me

Having PH is not only a physical and emotional strain on me, but on my husband as well. He takes his marriage vows seriously, including the vow to take care of me in sickness and in health. He wants me home with him, and that’s where I wish to be.

To make this wish come true for us and others in our situation, I wrote to several key players in the political scene. My congressman was a great help, agreeing to co-sponsor the PH bill that can provide funds for PH research and awareness. My senators replied to similar requests. I even wrote to President Bush who responded and forwarded my information to Health and Human Services. They all showed they care, yet no true action is taking place. I continue to reach out to influencers. By now, they all know my name and circumstances, and I hope to keep it that way.

I love my country, but change needs to happen so loved ones will no longer be forced to separate to afford medication for a catastrophic disease. No government should separate a husband and wife in their greatest time of need.

PH has taken away some of the most important parts of what was my life, but I have started a new chapter. I am a leader for three area PH Support Groups. I volunteer for the PHA Support Line where patients talk with other patients. I also host a chat two nights a week where, again, PHers can communicate with other PHers about how they feel. This is my new “license” — to help those with this disease, to share our concerns, to help find possible answers to questions we may have. To be there for each other is to know there is HOPE.

There will be a PH bill coming out with each Congress. As a parting request, please ask your politicians (your Congressperson and Senators) to co-sponsor this bill. It will give those of us with PH the hope and encouragement we need. You can help us. You can make a difference. 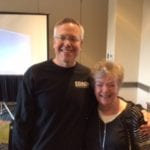 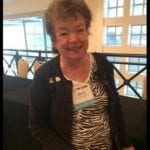 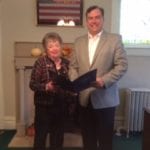 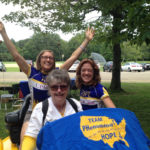 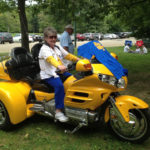 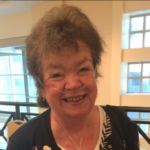