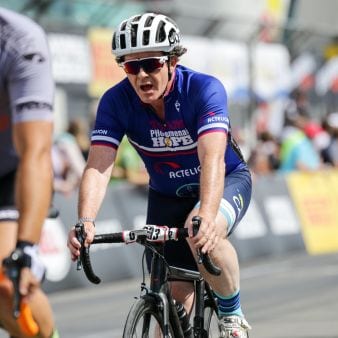 Rad Am Ring 2017 with Team PHenomenal Hope. Where do you even start to describe this?

The eerie silence of racing alone through the night on a track steeped in history. The tearful realization that you are doing this to raise awareness for people with PH whose courage and bravery surpasses your own. The emotional rollercoaster of doing your absolute best for your teammates. The high of finishing such an epic event. This had it all. Two months later and I’m not even sure I have the words to describe this experience fully.

So it started as an informal chat at a hotel bar in San Francisco 14 months earlier. The dedication and drive of Patty George with her Team PH USA transformed that informal chat into six teams of four registering for Rad am Ring 2017. We couldn’t believe the hospitality and friendship extended to us by Axel and Katrin from Team PH Germany who worked tirelessly for weeks in advance to make the race possible for us. It was an incredible team effort to organize even before a pedal was turned.

You gotta hang on for dear life. You can’t ease up.

The nervous energy on the morning of the start is nauseating. If you could just get on your bike and go it will be fine, right? And you knew how tough this was going to be, right? Not so much. Windy as hell, 90 to 100 km per hour descents, hills so steep I very nearly had to get off and walk. The plan was to do the first lap at around 85% and try to build slowly from there but the waves of adrenaline coupled with the speed of the white knuckled descents just suck you in. You gotta hang on for dear life. You can’t ease up.

The isolation of racing in darkness alone. Sleep deprivation. I’m tired. I’m just going to give up and go home. Buck up, you quitter, your team needs you. You are racing for people with PH who would do anything to be able to do what you are doing now, but can’t. You fight back tears. You know Tommy is waiting to get that timing chip from you. If I can only just push one ounce harder. His sister who has PH is here from Belgium in her wheelchair with oxygen to cheer him and all the team on. I see her on the pit lane as I ride on the home straight into a block headwind. Where do these people get their courage? How does Tommy look so fresh, he just drove half way across Europe to do this. I want to look as encouraging as I can for Sean who passes the timing chip to me. I wonder how Sarah can in my wildest dreams be able to do this with jet lag from a flight from Australia to do this.

A momentary lapse of concentration and you lose your racing line. Run wide, over the curb onto the grass. 75 kph. I lose my glasses and water bottle such is the severity of the vibrations, almost hit the armco. Your life flashes by in an instant. Jesus that was very close. I’m so tired. Only one lap to go, OK, concentrate. You can’t die out here. Can you?

The sun rises. It’s scary quiet, just the whirr of chains and the unmistakable sound of carbon wheels spinning fast. Would that limpet on my wheel for the last half hour ever come around and do a turn? OK, going to have to drop him. Nearly kill yourself doing it. He thanks you later saying no hard feelings, yeah right!

You are coming up the straight. There is the checkered flag. It’s over. You seek out your teammates and hug them like brothers. You didn’t know them 24 hours ago. How can you feel so connected now? How on earth did Patty George do nearly 18 laps in a row alone. That’s just insane. Made of different stuff than me I guess.

I’m not certain that it didn’t change me somehow forever.

It took days to recover from the emotional rollercoaster that was Rad am Ring 2017. I’m not certain that it didn’t change me somehow forever. Being someone’s lungs who can’t do it does something to your brain, your processing, that makes you a better person. I went there to do the event with enthusiasm, I left feeling a part of a community that I never knew existed before. I was only a very small part of the team and yes I was insignificant. But, they couldn’t have done it without me. The team couldn’t have done it without everyone. Each little link was critical.

I will never forget that event and my 3 teammates who did it with me. And was it tough? You better believe it was. 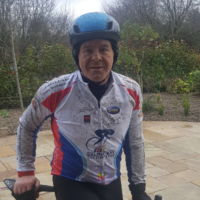