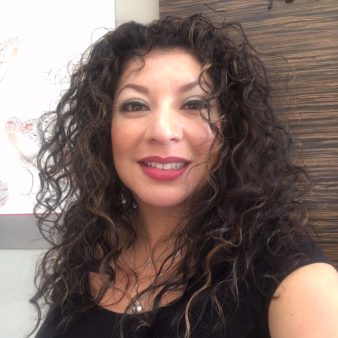 At age 36, Monica Penaranda of California has lived longer with pulmonary hypertension (PH) than without it.

She was diagnosed at 16 when she became very ill during her third month of pregnancy. “I couldn’t even roll over in bed without losing my breath,” she said. Her doctors told her that if she didn’t terminate the pregnancy, both she and her son would die. She tried to tough it out, but by the fifth month her body couldn’t take it anymore.

“My baby was taken from the security of my womb, and I was dying,” she said. “I don’t remember most of the time in the hospital, but it was touch and go for a couple of weeks.”

The cause of her problem was diagnosed as a hole in the upper chamber of her heart, a congenital defect called an atrial septal defect (ASD).

Since she was diagnosed so young, she believed she would never find someone to love her and have the family she dreamed of

“I was very active in softball and cheer and was told I could have collapsed on the field from a massive heart attack and they would have never known why. By magnifying the problem, the baby probably saved my life.”

That was not the first twist of fate in Monica’s medical odyssey. The doctor who treated her ASD had recently attended a workshop on PH and was able to diagnose her idiopathic pulmonary arterial hypertension (IPAH) correctly within two weeks. Although the hole in her heart was suspected, no cause was ever concretely identified.

Over the past 20 years, she has been treated with a variety of drugs to dilate her lung vessels. She has been in clinical trials for most of that time.

“For every second of those 20 years, I have been on a pump that has a tube that connects to my heart. I also take Adcirca®, which more people know as Cialis®, and it works wonders!” (This medicine, also known as tadalafil, was originally created to treat PH.)

Living with intravenous meds is complex. For instance, showering is complicated because the pump can’t get wet, nor can the site where the central line enters the body. “No more just jumping in the shower,” she said.

The central line must be kept clean and the dressing changed every day.

“Sometimes the tape can make your skin raw, but you have no choice but to cover it up again or you risk getting an infection that can actually kill you,” Monica said. “You become an instant nurse.”

She also felt like an instant pharmacist as the medicine that goes through the line does not come prepared, and it is not a just-add-water procedure.

“It involves syringes, needles, vials and a lot of pieces to complete the process,” Monica said. “It all has to be done in a sterile environment. There is no ‘Oh, I will do it tomorrow;’ tomorrow you die. It was a big responsibility for a 16-year-old to adapt to overnight.”

Plus, the drugs, both oral and IV, have a plethora of side effects, such as pain in her hands and feet, headaches, jaw pain, hot flashes, nausea and food interactions.

She is currently in a clinical trial with the first implantable pump to treat PH. “It is like a miracle for me not to carry around a pump or risk getting my central line infected,” she said.

Since she was diagnosed so young, she believed she would never find someone to love her and have the family she dreamed of. She was called the pump girl at school and says she felt like the bionic woman.

However, PH did not get in the way of love for Monica. She and Brandon were married in 2010, and he had two children.

“Brandon had lost his wife to cancer when his son was a baby. When I said yes to becoming Brandon’s wife, I was also saying yes to becoming the mother of his kids. My daughter, Bryce, is 19 and my son, Bear, is 10.

When Bear was 5 years old he asked me if he could call me mom and if I would adopt him. He is my miracle boy. Bear says that his mommy in heaven is being mommy to my son in heaven.”

Living with a complex condition has brought Monica rewards: “Living with this disease gives me life through a beautiful perspective. I see the good in things. I look for the positives in bad situations. I don’t take anything for granted. On my good days, nothing holds me back! We do not have an expiration on us, so do not live like you do!” 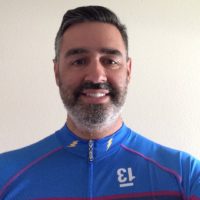