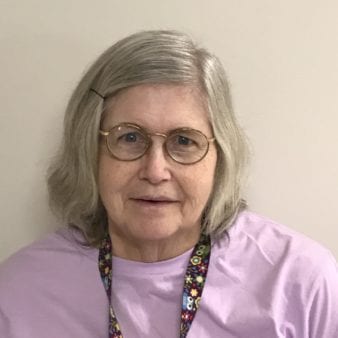 My journey with pulmonary hypertension (PH) began a few years after I first heard the words pulmonary hypertension. I was advised that PH was a potential side effect for people who were taking a medication I was prescribed, and soon discontinued, since it wasn’t doing me any good. Life with PH began when I was working in an Alabama hospital in the basement. I used to run up the steps, beating others to the top. I began having difficulty walking to a landing at a slow pace.

I asked my primary care provider about it, but he seemed unconcerned since nothing showed up on tests he had run. A visit to the emergency room resulted in an irregular EKG, but at the time, doctors couldn’t come up with a reason for it, even combined with the breathing issues. I switched to using an elevator, and the breathing difficulties became a minor irritant that happened occasionally. Nothing to worry about, right?

I moved to Kansas from Alabama in 2000 and began the search for a new primary care provider. After a couple of mistakes, I found an excellent doctor. We talked about my breathing issues, which had returned. He did some researching and a month or so later told me that he thought I might have PH. Turns out he was correct. I looked it up and was scared.

I began seeing the PH team at the University of Kansas Hospital, KU Med. They were and are phenomenal people. With medications for my shortness of breath and heart, I managed quite well. They at first thought I might have PAH, but turns out I have PVH, or type two, meaning the medications I take are nowhere near as expensive or hard on the body as the ones for type one. I did have complications with several pulmonary emboli, but it was determined that this began to be an issue well after my diagnosis, so it wasn’t chronic thromboembolic pulmonary hypertension (CTEPH). They took great care of me at KU Med.

Seven years ago I once again moved cross country, to Kentucky (it was a great move for my mental health). I am now being seen at Vanderbilt University hospital, where I see both pulmonology and cardiology. I have the best doctors who communicate very well. It is a two and a half hour drive from home, but it is so worth it. I was privileged to be able to participate in the Pulmonary Vascular Disease Phenomics (PVDOMICS) research study a couple years ago. That may have been the most interesting part of my journey. I hope that my participating in it will benefit someone in the future.

The best part of my journey with PH is the people I have met, and the friends I have made: the best friends of my almost 71 years of life.

Jean is a recipient of the Team PHenomenal Hope Unmet Needs Patient Impact Fund. Learn more about how this fund supports PH patients at teamph.org/unmetneeds.