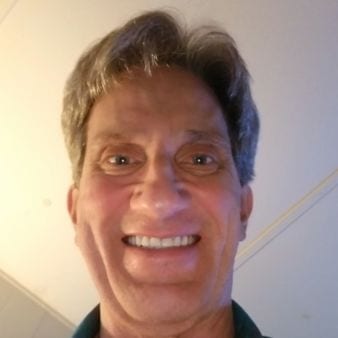 My PH story is not your typical PH story. But whose is, right? Anyway, mine starts in late 1999, around November. Two years after I had open-heart surgery at Egleston Children’s Hospital in Atlanta to correct Complex Congenital Heart Disease (CHD), more commonly known as heart defects, my very sharp and attentive children’s cardiologist in Savannah noticed a change in how my heart sounded.

For the most part I had been doing pretty well since the surgery. But during a routine follow-up exam with that congenital heart doctor, he began looking puzzled as he was listening to my heart. Saying my heart murmur sounded louder than it had since the surgery, he wondered if maybe the stent had collapsed, or something, in the pulmonary valve or artery. Since the surgery had been done in Atlanta, back to Egleston Hospital I went.

After a heart catheterization, the Egleston doctors said I had pulmonary hypertension. They said there was not much more they could do for me, adding the best place I could go was across the street to Emory Hospital and let the PH specialists figure out what to do. So over to Emory I went. I figured I’d get some PH medicine and all would be well. But it wasn’t so simple. It entailed lots of travelling back and forth from Savannah to Atlanta, making for some long days. But lots of travelling for healthcare soon became a secondary concern. Remember, it was then late 1999.

Initially I met the Emory pulmonologists. My case of PH had been detected fairly early. Often PH patients get misdiagnosed early on or their PH has already advanced to a severe degree by the time they do get diagnosed. Thus, said the specialists, I could count myself fortunate. Then we discussed the gravity of the situation. They noted that PH can get very bad, very quickly. Worse, they said only one PH medication existed. Flolan was not a pill, but a complicated intravenous medicine. Flolan can be overwhelming with the daily process of it all; plus it has severe side effects.

It was usually used as a bridge to a transplant because at the time pretty much all PH patients ended up needing lung transplants. Many did not get them right away, while others never got them. So for lots of people, Flolan stood as their only relief, their only hope. This was all depressing enough. But then they told me that in my case, as far as the transplant went, I would have to have a heart AND lung transplant because of my anatomy.

After the transplant team of pulmonologists, cardiologists, etc. finished the transplant evaluation and workup (which involved many tests) the sociologist told me that my insurance only paid for one transplant—either a heart or lung transplant—but not both. However, she assured me we could do fundraisers, etc. and everything would work out.

So I was started on Flolan which is taken via a central line (chest tube straight to the heart). It sucked. Flolan has to be mixed every day, then refrigerated. After 24 hours, it expires. You have a CADD pump in a fanny pack which pumps Flolan to the central line. Since the medicine has to be refrigerated, the pump/pack has to stay on ice packs. The worst parts for me though, were the side effects. Percocet and phenergan were prescribed for a terrible headache and awful nausea. If I did not take them I was very sick, and if I did take them I could not do anything.

The central line was another concern. Everything had to be very clean so it would not get infected. But after about a month, mine did, and I had to go to hospital. They wanted to replace the line, but I began to ponder on how much my life had changed. Before PH & Flolan, I had been working. I missed my life and decided I would wait for the FDA approval of the new oral PH medicine, Tracleer. It was supposed to be approved within a year. Since my PH was not that advanced yet, I figured I’d take my chances.

I started on Tracleer not long after it was approved in 2001 and I have been on it ever since. It has worked well for me. Lots of other meds have since been approved. One, Adcirca, was added to my Tracleer for several years but eventually the doctors questioned whether it really helped my case or not and decided to stop it. My heart failure has gotten worse because of my heart defects. I am a stage three colon cancer survivor, seven and a half years out. I may yet have to have those transplants, but for now, I am doing great all things considered. Over the years the Atlanta round-trip has become routine. I am on disability now, but I still get out a good bit and have fun giving tours in a museum in Savannah’s beautiful historic district. I love life and am so grateful to still be here. Life is PHenomenal and there is HOPE.