The Tao of Crew 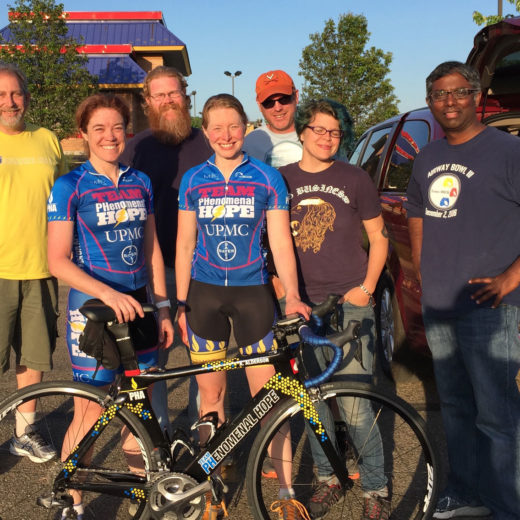 Endurance athletes are everywhere!! They are swimming, riding and running towards the corners of the earth. No continent has been spared in the hunt for new routes and personal records. The majority of contestants are amateurs, “age groupers”, twisting and tightening the nuts and bolts of perserverance while tending to day jobs.

They have no eye towards prize money or securing sponsorship. What drives them to lace up for a race they’re not certain they can finish? Why grind through the American desert counting on people they know in passing or don’t know at all? What moves the uncertain soul to be certain enough to attempt something one degree removed from absurd? These athletes are a perplexing, fascinating group to some and simply incomprehensible to others.

And then, there’s the crew…

Should endurance athletes seem non-sensical, the unpaid volunteers that turn out and support them would seem a shade stranger. If a governing body announced an endurance race on Mars, someone would be hard at work figuring out how to launch an RV into space to support their racer.

Team PHenomenal Hope finished the Race Across America (RAAM) last year with myself and 12 others on crew.

Why do it? What would possess anyone to turn out in support of those chasing the seemingly absurd?

It’s a rare disease that can be as devastating as it is uncommon. It strikes every color and creed across the spectrum of life, affecting patients who’ve done nothing to attract it. It affects children, middle aged parents and those further along in life. Every day is an endurance race for a patient with PH. Our team was started by Patty George and a small group of like minded friends for one race but has grown in ways no one predicted.

Team PH has been been embraced by a community of patients and their loved ones with an intensity and emotion that is penetratingly sincere.

In June of 2014, a gang in yellow and blue with cowbells in hand pulled hard for us at the start in Oceanside, California and the finish in Annapolis, Maryland and points in between. We raced as an offering to patients living with a rare disease, to show them they weren’t alone. The community showed us, over the 3,020 mile course, that we were not alone. To be graced by their charity in gathering to bless an act of endurance, performed on behalf of a charity – this was the universe returning a kindness many times over.

Second, I believe in Anne-Marie and Patty. I’ve seen them gut it out and wrestle with themselves and push through adversity, then rise and embrace adversity again.

There should be a special place in our hearts for those who practice preparation, solitude, concentration. We are elevated by witnessing them make a rehearsal of picking themselves off the floor or out of bed and starting over. This is resilience. It is the key to everything. I want to see Patty and Anne-Marie succeed because their effort gives form to things we all wrestle with. There is a transcendent value in helping them accomplish what they have never accomplished before.

When I was 29, I faced something I had never encountered. I was a fellow, training in pulmonary medicine. I was responsible for a 25-year-old woman who had lived with debilitating lung disease and had undergone a bilateral lung transplant. She had come in for a routine post-transplant bronchoscopy. She had come in from home and would go home the same day.

But at that moment, she was laying on a stretcher in a darkened room, silently crying.

After all that she had been through, having fought so hard and survived so much, she was terrified of what lay ahead. She was afraid of the procedure I was about to perform but in a larger sense, she was afraid of much more. She was four years younger than me. She had stood up to an adversary I’d never faced. Nothing in life had prepared me for that honest display of vulnerability. I did not know what to say. I froze.

I’m not going to let anything bad happen to you.

We’ve all had to find the resilience to push through adversity and doubt. We’ve all toiled and planned and perseverated to protect the people we care about. These are shared human experiences. Even if you’ve never run a mile or turned a pedal or carried a bike or filled a water bottle, you’ve suffered the trials of the endurance athlete or shouldered the responsibility of being crew.

In the past year, through moments of heartbreak and victory and plain old perseverance, the PH community has endured, gaining and losing members in a race that has continued since our finish in Annapolis. On June 16th, Team PHenomenal Hope will be at the starting line of one more endurance journey. Eight of us will be there to support Anne-Marie and Patty on behalf of a tribe of patients scattered around the country, isolated by the scarcity of PH but not alone. This will be our exercise in preparation and concentration but not solitude. Be our crew. Please follow us on our journey and offer your blessing.

2 thoughts on “The Tao of Crew”