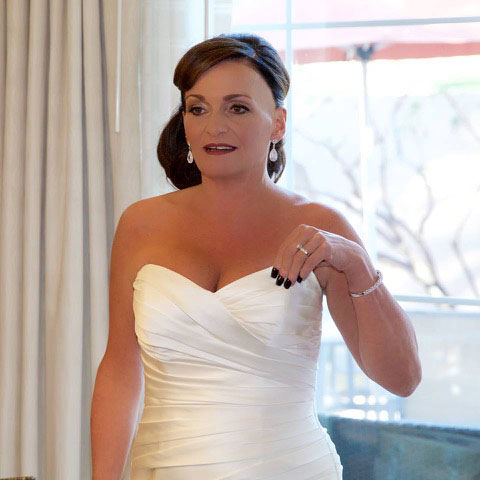 In 2005, I went to the doctor because I had a pain in my back. I was given an EKG which was irregular so I was admitted into the hospital for a series of tests over a course of 3 days. I was diagnosed with High Blood Pressure and Acid Reflux. I was written two prescriptions and sent on my way. About three years later, I thought I was gaining weight but I was actually retaining fluid. I was becoming short of breath but thought it was anxiety.

Fast forward to March 31, 2010. I gained 40 lbs in about a week. I couldn’t walk five steps without stopping. I went to the ER and was admitted for 17 days undergoing a plethora of tests. I was being evaluated for Ovarian Cancer and Pulmonary Hypertension. I received my diagnosis on April 10, 2010. Obviously, this diagnosis completely devastated me and completely changed my life. I was given a myriad of medication and finally discharged once they were able to remove sixty lbs of fluid with 17 to go.

My whole world was torn apart. I could not work or do anything that I enjoyed. I was barely able to get out of bed for three months. I became very lonely and depressed. Luckily, my fiancé, Mike was there for me, all of the way. But I lost my identity and the financial burden was also unbearable.

My main focus was taking my meds and making good meals that were very low in sodium. I felt so guilty that I could not contribute to the household chores and budget. I worried so much my fiancé would collapse from taking me to my many doctor appointments.

About a year or so into my diagnosis, I started wrapping my head around this disease. Without even knowing it, I created my new normal. Because I was so lonely, my mom bought me a puppy. I named her Eleanor Roosevelt and she became my baby. The bonding experience and having her with me during the day completely changed my life. I started taking her on very small walks and started regaining my strength.

Because finances were tight, Mike and I started doing things that cost little to no money. Preparing dinner together at night became a bonding ritual. We would laugh and joke and talk about our day. I would become so exhausted; we would lie in bed and watch television. We soon became Reality TV addicts, finding favorite shows that we could laugh at and with.

We also found joy in taking walks together, going to a matinee, going to the beach or laying out by the pool, going to church and visiting with family and friends.

I have to say the biggest thing that changed my life and how I felt about my disease was becoming a Support Group Leader. It gives me much of the same gratification that I found in working. Bringing people together and helping them get support really has helped me and change my life. These PHriendships mean the world to me and also trying to be a good example helps me. I love working for a wonderful organization, PHA. Fundraising was so scary for me and made me step out of my comfort zone. But it is one of the most rewarding experiences I have ever had. I love their motto “We will help everyone who wants to phight, phight”. I have adopted this as my own and knowing I have helped someone else do this, makes me feel like there is a reason and purpose for this and has brought me the happiness and the identity that I had lost.

Editor’s Note: In late 2017, Tiffany lost her battle against PH.