What #LetMeBeYourLungs Means To Me: Carl Hicks 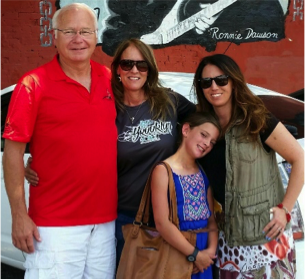 The “Let Me Be Your Lungs Program”, (LMBYL) of Team Phenomenal Hope is one of my most favorite patient advocacy programs. It permits an athlete (or old guy), to pair a PH patient with him/her as they prepare for and conduct a personally challenging event to raise awareness and dollars to battle pulmonary hypertension. These events all include a very strenuous athletic challenge from conducting a bike race of hundreds of miles to running a marathon to climbing mountain peaks or in my case my first (sprint) triathlon.

In every single instance, the athlete will be struggling to breathe at nearly every moment of their test which could last hours or days. After their event, as the endorphins surge and the joy of completing a challenge sweeps over them, their labored breathing returns to normal. In the case of their paired PH patients, this struggle continues to menace them all of their remaining lives, 24/7. At its very essence, the LMBYL program reminds us of that, and reminds and reminds.

Meeting two of my favorite people several years ago at a PH fundraiser they were conducting, I enquired of Tom and Margie Thornburg, what was their connection with the disease? Natives of Pueblo, CO, with Tom having been a contemporary of mine in military service decades prior, they were putting on a bluegrass music festival because their granddaughter, Brooklyn Clasby. As a toddler she had been stricken by idiopathic arterial pulmonary hypertension (IPAH).

It had advanced so rapidly that she and her parents, Jennica and Brandon were forced to move away from their home in Colorado to sea level near Seattle, so little Brookie could breathe easier. It stuck me hard that I’d had to do exactly the same thing 20 years prior so that our pretty little brown-eyed, brown-haired, daughter, Meaghan, could breathe easier as well. She’d been stricken with IPAH just as Brookie had. We now live only miles apart, but my Meaghan lives in heaven.

So the LMBYL program is perfect for me, I know I will struggle out there in the Columbia River on 20 August. However, I will gather my strength and inspiration from the valiant way Brookie and all of our PH patients struggle every day to do what we all take for granted, that of simply to breathe.

I am hoping the money I raise and awareness I help create will contribute in some way towards achieving a longer term goal of mine. That of dancing at Brookie’s wedding some day with her beautiful Mom and Grandmother. That is, if the guys let me!