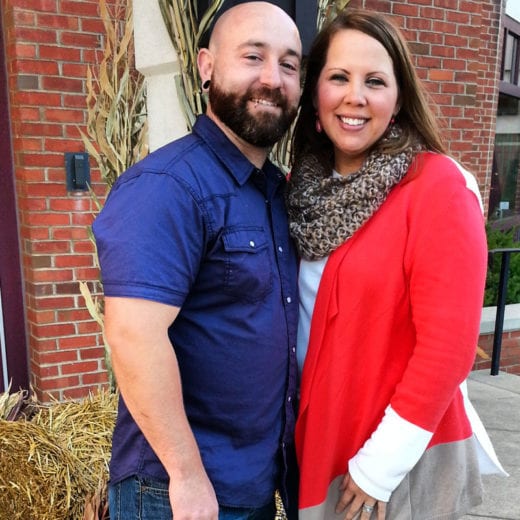 In 2007, at the age of 24, I was diagnosed with a massive pulmonary embolism.

After spending 10 days in the hospital between ICU and Med Surge Unit, I was discharged with oxygen and a blood thinner. Six months later, I was elated to learn that my massive clot dissolved!

However, I also learned at that time that I had a second clot that had taken residency in my lungs (lower left lobe).

I had a few up and downs with my health between 2007 and 2010. My most significant change came in 2010 when my routine checkup showed different outcomes than the prior appointment. I was ordered a right heart catheterization to further explore.

That is when is when I was told I had chronic thromboembolic pulmonary hypertension (CTEPH).

I was started on Adcirca and remained on my blood thinner. After some changes in my numbers in February 2014, I met with a surgeon to see if I would be a candidate for the pulmonary thromboendarterectomy.

It was decided for a few reasons that I should not do the surgery at that time. Rather, remain on medication therapy and monitor symptoms for changes.

Since that time, I have mastered monitoring skills of my heart rate and pulse ox, and learned to take breaks when needed. I remain on the same medications and use oxygen for exertion, sleep, and travel. I will get chest pains and shortness of breath frequently.

Even with my noticeable physical symptoms, I am fortunate to say that my pulmonary pressure has remained constant for the past six years!

… learning I would not be able to carry a child

One of the most devastating parts of my journey was learning I would not be able to carry a child. My husband, Justyn, and I looked at our options and decided to explore surrogacy.

Late last year, we were blessed with my cousin, Abbey, wanting to help us grow our family. She is currently carrying our twins! They are due in August 2016!