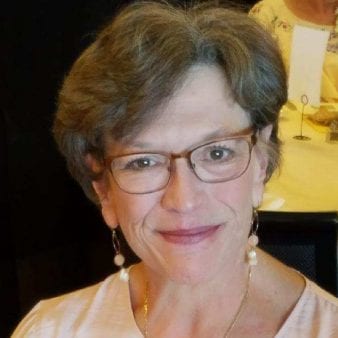 In 1997, after getting very dizzy, feeling exhausted, and becoming out of breath from just walking and talking, I finally went to the doctor.

The doctor I was seeing had just finished his residency and was working at the University of Colorado. It’s been so long ago, I can’t remember his name. He had just finished his pulmonary rotation and was recently educated about pulmonary hypertension (PH). He could hear the “gurgle,” and had known I had taken Fen-Phen, so he highly suspected I had PH. Fen-Phen, as you might recall, was a weight-loss drug popular in the 1990s, which was found to have increased the risk of serious heart and lung problems.

That doctor referred me to Dr. Norbert Voelkel at the University who confirmed that I had PH. My pressures were in the 90s. The situation was grim to say the least. I was told I had three years to live.

Two options were available—a double-lung transplant or Flolan. Since I was morbidly obese, I didn’t qualify for a transplant. Flolan was the only medication available at that time. It was extremely expensive, and my insurance wouldn’t cover it. Instead, Dr. Voelkel put me on Cartia, a blood thinner, 24/7 oxygen, diuretics, and a couple other medications whose names I can’t remember. None of these were designed for the treatment of pulmonary hypertension other than the oxygen.

During the next three years, I decided it was time for me to take responsibility for my weight and change my lifestyle. The weight had to be putting additional stress on my heart and lungs. I proceeded to lose 160 pounds. It took me three years, but it was worth it! My pressures came down to the 30s. The doctors couldn’t believe it. They’d never seen pressures drop like that. So, 21 years later, I think losing the weight made a big difference.

Also during those three years, I began a PH support group with another patient. It was very small, yet helpful. I met a gentleman in the group who soon became the love of my life, and we were married in 2001. His disease had progressed to where he needed a double-lung transplant, which he received on Thanksgiving Day in 2002. In 2006, Jim was diagnosed with cancer and passed away in March of 2007.

In 2008, my pressures started to rise to the mid 50s. I was feeling out of breath again, getting a bit dizzy, and had gained about 45 pounds from emotional eating while dealing with Jim’s illness and death. I saw Dr. David Badesch at the University who added Sildenafil and oxygen at night to the other previously mentioned medications. I lost 90 pounds, and my pressures went down to the high 30s.

I’m convinced the weight loss helped. I’m still on the Sildenafil and oxygen, but oh well! I am so okay with that. I’m truly blessed to have been diagnosed with a fatal disease and to have lived 18 years beyond the original prognosis of death in 2000.

One thought on “Beverly Earley: My Diagnosis and Weight-Loss Journey”