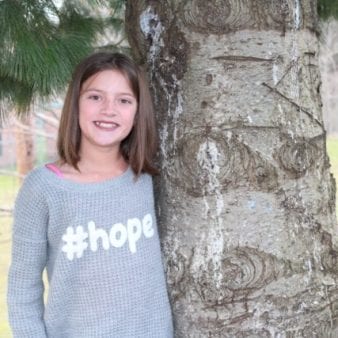 Brooklyn Clasby is a 10 year girl formerly from Colorado. Brooklyn was diagnosed with Idiopathic Pulmonary Arterial Hypertension in February of 2010.

A seemingly healthy 3 year old, Brooklyn, had complaints when she would play with her sister of “her heart hurting.” A visit to the pediatrician revealed an elevated heart rate and an ECHO was ordered.

After the ECHO, Brooklyn was immediately transported to Colorado Children’s Hospital. After a very complicated and scary month stay in the hospital, Brooklyn was sent home on a continuous running medication that is delivered through a catheter straight to her heart.

A year after diagnosis, it was recommended by Brooklyn’s doctor to move to sea level to help with her overall quality of life. The family moved to Washington in 2012.

Brooklyn initially saw some improvements with the move to sea level. She was able to ride her bike and decrease her need for supplemental oxygen, but two years after moving to sea level, Brooklyn’s PH began to progress rapidly.

Her pulmonary pressures climbed very high and she wasn’t responding well to medications. She was no longer able to walk short distances without becoming short of breath. Brooklyn was referred for a transplant but due to insurance complications, she was going to be unable to get listed quickly.

Brooklyn responded very well to the shunt and it has greatly improved her pulmonary pressures, heart function and quality of life. She was able to be weaned off her IV medications allowing her to shower and swim freely. She has also been able to try and participate in some sports such as volleyball and softball.

Brooklyn continues to fight every day to enjoy every experience and always has a fierce love for life. 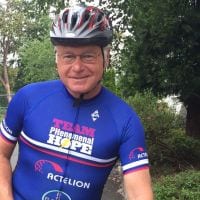