For Whom We Race 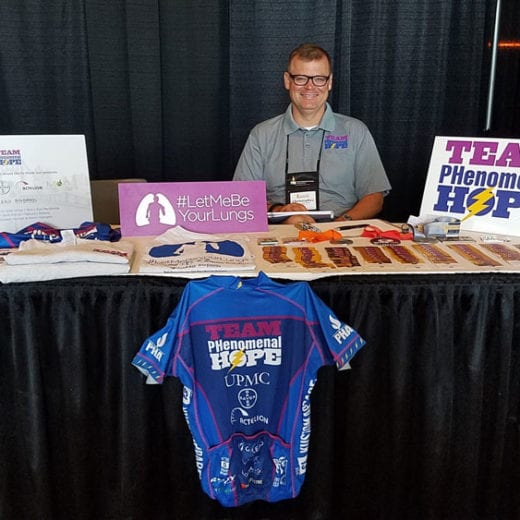 Letter from the Director

We are knee-deep in Triathlon season, with team participation in seven triathlons around the US! And we have yet to race in five marathons, three long-distance bike races – one each in Minnesota, Florida, and California, as well as our ultra race in Brazil alongside Team PHenomenal Hope Brasil!

What an amazing way to make a strong finish for our 2016 race schedule.

Now don’t get me wrong – we won’t be done at the end of the month. These races put our team out there competing into November. While most of us will be thinking about Thanksgiving pies, a tireless few Team PHenomenal Hope athletes are still going to be racing to fund research into a cure for pulmonary hypertension.

Our #LetMeBeyourLungs program is one of the ways we make our miles count.

Together they race against PH, raising awareness of pulmonary hypertension and funds for our PHenomenal Impact Fund, which will go towards continuing research.

What we are finding is that these connections often build friendships that go beyond the race, beyond the fundraising. Connections. Community. Friendship. That is #LetMeBeyourLungs.

This program is the brain child of one of our Pittsburgh-regional sponsors, Jenn Wohlgamuth, owner of Mojo Running and Multisport. It was launched at the Pittsburgh Marathon, where we partnered with Mojo.

The campaign successfully launched largely due to the tireless work of UPMC pulmonary outpatient nurse coordinator and teammate Jessica Romanias.

As our 2016 race schedule begins to wind down and people start thinking ahead to the Fall, I want to highlight #LetMeBeYourLungs and invite you to join us. It will continue to be an important part of who we are and what we do as we head into 2017.

If you are interested in participating as an athlete, or as someone living with pulmonary hypertension, or as a sponsor interested in supporting the program, please contact me at chris@teamph.forte-press.com.

Until next month, thanks for being a part of our work to race to a cure, faster.