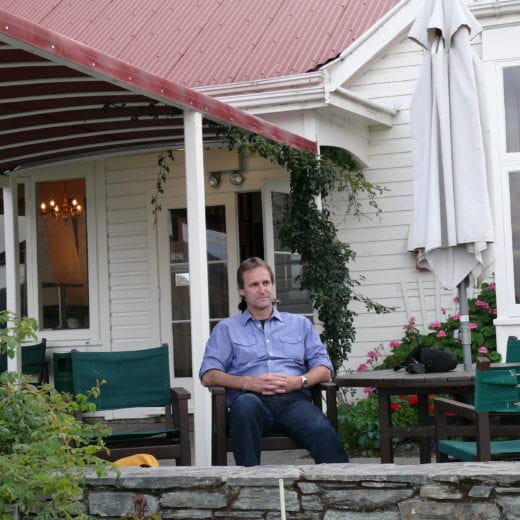 I had been feeling unfit for a while but exercise was not helping, in fact it made me struggle even more, and around 2005 I was running into problems with breathing and heart palpitations as well as chest pains, migraines, asthma and general fatigue. I was 41 at the time. After several stints in A and E and hospital, I was sent to breathing therapy, and I was told my problems may be related to hyperventilating and stress and possibly angina. At times it felt as if people thought I was a hypochondriac because often symptoms would settle down once I was lying down in a hospital bed.

there is no cure and the thought of not seeing my kids grow up hurts me every time.

Pulmonary Hypertension was detected in an echo cardiogram around this time but in the follow up echo this no longer showed so it was not pursued. I ended up in A and E several more times over the years and started seeing a cardiologist for misfires in my heart where the sequence of the heart contracting would go out of synch, and to help this I received medication to relax my muscles.

The cardiologist was increasingly concerned and ordered another round of tests and as a result of these it was in June 2010 that I was diagnosed with Chronic Thromboembolic Pulmonary Hypertension (CTEPH).

At the time of diagnosis I was told I had about 2-3 years to live. Fortunately that was incorrect, but at the time I was naturally shocked and confused, I started thinking why me, how come this took so long to figure out, what it meant for my family etc. I was often angry that this had happened to me, and that it had not been picked up sooner.

After slipping into depression I was lucky enough to be introduced to some other PH/PAH patients. They were a wonderful bunch of people and helped me so much in coming to terms with this illness. I made some new friends and still find it very rewarding being able to chat to people who face the same challenges and who understand where I am coming from completely.

In the beginning I really struggled to open up to my family about what was going on even to the point where I initially decided to hide the diagnosis. This is one thing I really wished I had done different. Their support and understanding have made life so much better.

Another hard part of having PH was asking for help at work and having to tell my work colleagues that I have a problem especially when it comes to lifting, or working on cold mornings. They would often remark that I looked so well, and that I had put on weight etc. We usually don’t look sick when we have PH/PAH, at least not when it is well controlled, and as people are not familiar with this illness they do not understand how it affects us, or how serious it is.

I would need rest when I came home after work, had to shorten my work hours because I would get too tired, and had to change how I did things around home. Climbing a single flight of steps makes me feel breathless. I often have no energy to do things with my family in the weekends which I find immensely frustrating. Anything involving bending or crouching – which restricts the movement of the diaphragm – will make me feel dizzy and breathless.

I used to be exhausted after a couple of hours in the car – the seating position in traditional cars restricts the breathing volume and while that is no problem for healthy people it was affecting me quite a bit. We ended up buying a SUV for the more open seating positions in the driver and passenger seat and now I enjoy driving again.

My PH has stabilised with the medication I am on (Warfarin because I have clotting, a muscle relaxant to help the heart and sildenafil as a vasodilator for the blood vessels in the lungs) and the enlargement of the heart has slightly subsided. But there is no cure and the thought of not seeing my kids grow up hurts me every time.

At the end of 2014 I started to feel worse again, more breathless and fatigued than I had been for years and in 2015 I was diagnosed with Sarcoidosis to my lungs as well. This lead to a new round of medications which I am finding it harder to adjust to than the PAH medications I am on.

The Sarcoidosis has reduced the volume of air I can put through my already struggling lungs and as a result my blood oxygen levels now drop quicker when I walk or climb the stairs. This puts more load on my heart increasing pulmonary pressure and it misfires more easily again.

This development meant more changes for me. I found it very hard to adjust to not being the breadwinner. I was brought up with traditional values where the man earns the money and mows the lawns, and when I feel too unwell to work or do the “manly” chores, that used to upset me.

My wife told me we would get by, and that there are other ways to contribute to the family than bringing home the bacon. I think I am doing a good job of dealing with this now and the family does like my cooking experiments – or at least that’s what they say 😉 – and I still bring home the bacon only now I buy it at the shops.

I have learned to simply enjoy the things I can do without getting worked up about the activities I can no longer do. Remaining active is important as well as learning to stop and rest when I need to.

I have also learned to laugh at the illness. One favourite is watching people’s faces when I tell them that I take Sildenafil 3 times a day…..

My dear friend Franca, who passed away in October 2012 due to PAH, would often tell me to “take one day at a time” and that’s what I am trying to do.

I live in New Zealand and I am finding the doctors and staff at our PH clinic at Greenlane are excellent. There are however restrictions to the medicines they can prescribe as the permitted/funded medicines are centrally controlled by a government organisation and sometimes I read about treatments in some other countries and the difference they can make and wish some of them were available in New Zealand.

I wish people would understand the illness more and how much it affects our lives. I know this is hard because we often do not look ill, but it hurts when they say things like “at least it’s not cancer”, when PH/PAH is actually not curable and probably more deadly. 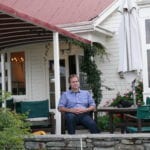