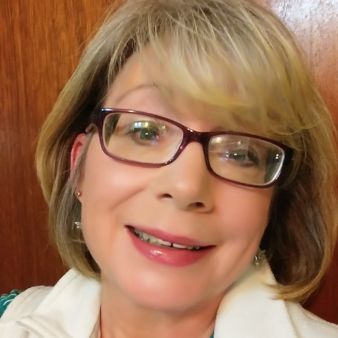 My name is Janet Mabe. I have three grown daughters and five beautiful granddaughters. I live in Thomasville, NC, the previous home of Thomasville Furniture. We have the “big chair” in our town square; it’s over 13 feet tall.

I am a PAH patient and previously a PEER Network mentor. The PEER Network is a nationwide group of people with PAH that are currently receiving remodulin or tyvaso and have volunteered to share their personal disease and treatment experiences with others.

As I sat in the office of my OB-GYN waiting for my name to be called, little did I know that this routine check-up would change my life forever. During my visit my doctor detected a murmur in my heart that he had missed or not heard before. He referred me to a local cardiologist just as a precaution.

I visited the cardiologist for testing for about a month. In the meantime, I tried to continue life as normal but I was so tired all the time.

I was walking in my neighborhood one afternoon and the next thing I remember was waking up and lying on my back under a mailbox. I got up slowly; looking around making sure no one saw me. I continued my journey back home.

After arriving at home I looked at myself in the mirror; I had a black eye, road rash on my knees, left shoulder, forehead, & jaw pain. I was thinking that I had just passed out from the heat. This was August 2001 and by January 2002 I had to have TMJ surgery on my jaw due to the fall.

I visited the cardiologist a total of five to seven times over a year and a half. My last visit there resulted in total breakdown with tears and everything. This was after I passed out several times from walking, stairs were out of the question and sometimes I was just passing out from standing (after I had gotten up too fast).

The cardiologist detected a “c” shape to my pulmonary valve. He referred me to Baptist Hospital in Winston Salem to see a pulmonologist.

It took over two years to get this done and get the diagnosis of idiopathic pulmonary hypertension.

After the pulmonologist visit, more test, and echo-cardiogram and right heart cath, where my pressures measured over 124. After hearing the word was “RARE”; “LIFE THREATENING”; “INCURABLE”; I didn’t hear anything after that.

Knowing nothing about PH of course you come home and you Google it – I read about 2 to 5 years life with chronic disease, phenphen diet pills, incorrect information.

After a few more visit to my pulmonary doctor, we discussed better life expectancy, a prescription for tracleer, and a game plan for my treatment. I proceeded more cautiously with my lifestyle.

In 2005 I dealt with the death of my father, and of my mom in 2006, and then new panic attacks which didn’t help my shortness of breath. So anti- depressants were added.

In June of 2007, I started on an inhaled therapy –a new FDA approved drug – ventavis. I tried it for 6 months but my body required more before it was time to inhale another treatment. At the time I was working, climbing stairs, and dealing with the public because I managed an apartment community with over 120 residents; very demanding and stressful.

My pressures were still around 80, so another check up with my PH doctor resulted in a conversation about sub-Q or IV therapy. I decided on IV therapy which was put in place November 2007. I truly was amazed how quickly I was able to get up, move around, and with no shortness of breath.

The thing with PAH is that you never know from day to day how you are going to be- leg pain or no leg pain, headache or no headache, fatigue or no fatigue all this called by the drug you are taking for the disease of the disease itself.

In October of 2012 I became very sick and ended up at Duke Hospital for 20 days. I was diagnosed with a catheters’ infection, double pneumonia and Bronchitis Obliterans with Organizing Pneumonia (B.O.O.P) really that’s what it called!

After a time to heal, I participated in a fundraiser for PHA with Team PH and walked over 125 miles with another PAH patient Diane Ramirez in November 2013.

I am currently involved in the Piedmont Triad Support Group. I am not a fan of PH –fans just sit on the sidelines and cheer.

I am taking a big stand for advocacy and awareness and have visited Senate and House representatives for North Carolina with the plight for backing the Pulmonary Hypertension research and Education Act.

We need to get the word out because without treatment, 50% of the patients die within 2.8 years.

Visit your House and Senate representatives and be a part of Campaign 435.

PH is more common than some better-known lung diseases such as cystic fibrosis. There are over twelve treatments currently available, when I was first diagnosed there were three.

You must be your own advocate. I am hoping for cure if not in my lifetime, then for the 2, 4 or 8 year olds who deal with this rare disease.

My PH journey, just like yours, has not been easy but it has been a blessing. I have so met many beautiful people, cried with them, but most of all laughed with them.

I thank God everyday not for the breaths I take but for the moments that take my breathe away.

Life shouldn’t be a journey to the grave with the intention of arriving safely in a well-preserved body but rather skid in broadside. Thoroughly used up totally worn out, and loudly shouting WOW! What a ride! Thank you Lord!

So, I try to carry this load by refusing to be a victim. You don’t have to deny negative things that have happened to you; rather, choose a different path. Our greatest opportunities are often disguised as our greatest obstacles.

Now in I get to be a part of “Let Me Be Your Lungs” with Dave Frederiksen in Hampstead, NC (never heard of that town) in January 2017- it is such an honor to have Dave run to advance the cause of pulmonary hypertension!

Hugs from this PH warrior,

without treatment, 50% of the patients die within 2.8 years