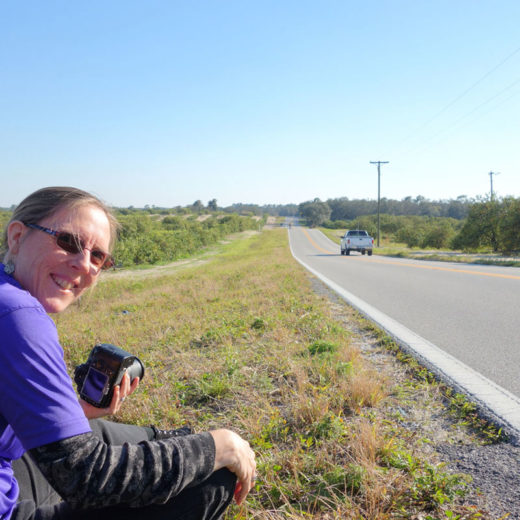 I was diagnosed with PH at age 38. At diagnosis, I wasn’t sure if I would make it to my 40th birthday, and now I’m 52!  There are so many unknowns when we are first diagnosed. The most profound and difficult to deal with: How the disease will progress in your own body.

Fourteen years ago, I began to notice a very mild shortness of breath when doing everyday things like laundry and mopping the floor. I assumed it was due to being out of shape after having a baby the year before. I decided to speak with a doctor after dealing with a common cold because my breathing was more difficult and my fatigue was heightened even after my sickness had gone away. Uninterested in the longer-term symptoms, the physician just gave me an inhaler and sent me home.

Six months later, I attended a show in Sea World with friends. After climbing to the top of the stadium steps, I was gasping for air and felt like I would never catch my breath.  My friends, who were the same age as me and relatively similar in fitness, weren’t short of breath at all.

This is when I knew for sure something was wrong.

Over the next few months I took multiple tests: blood oxygen saturation while sitting, an EKG, echo, pulmonary function test, and chest x-ray.  Everything came back normal so my doctor thought I may have experienced a panic attack. I was certain this wasn’t the case.  It made me wonder, though, if it was all in my head. I even considered ending my quest for answers. Thankfully, I decided to press on.

The next step was a stress test. My oxygen saturation level dropped to 78 while on the treadmill.  This is when the doctor knew there was a problem – and that it could be serious.  I had a VQ scan, a CT scan, a contrast CT scan and a full on pulmonary function test. Again, all was normal.  Finally, I had a heart cath.  It revealed a mildly elevated pressure in my pulmonary artery.  Currently unaware of pulmonary hypertension, my doctor consulted with a fellow physician who realized PH was the likely battle.

My diagnosis was life changing in many ways. At the time, my boys were two, five and seven. The average survival rate after diagnosis was two to eight years. I wondered if I would be around to take care of my children. I questioned how I could live each day with this disease. It was a time when my faith in God grew deep.  I went to Him with the questions and fears, and he met me in those difficult places.  I wish I could say I’ve lived each day since diagnosis with purpose and to the fullest. But while there is much I’ve learned, I have struggled, felt depressed, and been afraid. Again, God met me in those hard places, and for that I am grateful.

Each year, I take a bicycle stress test when visiting with my PH specialist. I ride a stationary bike at increasing resistance while hooked up with EKG leads. My nose is pinched closed and I breathe through a tube with a mouth piece.  During my first attempt, my legs started burning very quickly, and the feeling of labored breathing was unpleasant to say the least.  I decided I would start riding my bike regularly so burning legs wouldn’t cause me to stop so quickly for future tests.

Vigilant about checking my heart rate monitor to stay at or below 115 beats per minute, I didn’t go very fast and was constantly passed by fellow riders. This didn’t stop me.  I loved coasting down the hills, thinking to myself – and sometimes aloud – “Ride like the wind!”  I felt a sense of freedom, like I was doing something to fight this disease in my body.  Each time I went back to see my PH specialist, I was able to ride longer.

I loved coasting down the hills, thinking to myself – and sometimes aloud – “Ride like the wind!”  I felt a sense of freedom, like I was doing something to fight this disease in my body.

A few years later, with my doctor’s blessing, I decided to embark on a cross-Florida ride to raise awareness and funds for PH. I trained hard, riding 40 miles at a time. My husband and I planned our route, sent letters to friends and family, talked with a local newspaper, and set off from Daytona Beach in early November. We rode 20 miles in the morning, stopped for lunch, and then rode another 20 miles before calling it a day.  It took us 4 days in all, but we finished the race!

Years later, my PAP reached the normal range and I was free of heart rate restrictions. I decided to do a Unity Miles event with Team PHenomenal Hope.  I set a goal of riding 3,000 miles (100 miles a week) between November 2013 and June 2014 – when Team PH set off for their Race Across America.

During the first week of November I rode 62 miles with friends as part of an organized race for ALS.  Battling torrential rains and strong winds for most of the way, my motivation came from thinking of fellow PH patients and the daily struggle many of us endure. In April, I did a ride across Florida 10 years after my first cross-state journey.  We rode 78 miles the first day and 91 miles the second.  I was at the back of the pack the whole way, but still so thankful to be riding!

I was at the back of the pack the whole way, but still so thankful to be riding!

Doing the Unity Miles event was incredible! I finished my 3,000-mile goal a month early. I enjoyed the riding, but I really loved thinking of and praying for my fellow PH patients and feeling like I was part of a bigger effort.  I am so thankful for Team PHenomenal Hope and the way they galvanize the PH community and give such hope to so many. I am thrilled that the Team has expanded and continues to work to bring awareness to, and raise funding for Pulmonary Hypertension.

Let’s continue to fight and work together to do what we can to discover newer and better treatments, and eventually a cure for PH!