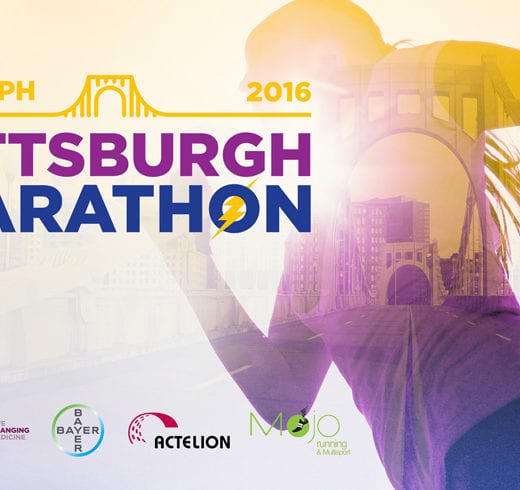 Let Me Be Your Lungs: Team Phenomenal Uses Marathon to Launch National Campaign on Behalf of PH Patients

For a handful of athletes running in the Pittsburgh Marathon, the simple act of breathing not only pushes them in training, but makes this race about more than merely conquering individual goals. Instead, they’ll be crossing the finish line for those afflicted with Pulmonary Hypertension. They’ll do so with a single request in mind: Let Me Be Your Lungs.

“When I get tired, I remember those who can’t run, what they would give to have this simple gift I take for granted, and I run harder for them,” said Kelly Kiebler. “I know they would do the same for me.”

Kiebler is one of 26 athletes racing this year’s marathon with Team Phenomenal Hope, a nonprofit that uses sporting events as a platform to spread awareness about pulmonary hypertension (PH). This disease leads to heart failure and, in some cases, requires a lung transplant to survive. Everyday activities, like walking up a flight of stairs or even emptying the dishwasher, leaves someone living with PH short of breath and fatigued.

Because running in a marathon is not a possibility for these patients, Team Phenomenal Hope athletes have stepped up to launch the “Let Me Be Your Lungs” campaign. This initiative pairs athletes and patients for endurance events taking place all year. The Pittsburgh Marathon will serve as the inaugural kickoff of #LetMeBeYourLungs, with many patients planning on being in attendance to cheer on their specific athlete.

“This disease affects many people, yet has largely flown under the radar as far as awareness goes,” said Dr. Patricia George, Team PHenomenal Hope co-founder and a pulmonologist at University of Pittsburgh Medical Center (UPMC). “People across the world living with PH are in their own race every day. The Let Me Be Your Lungs campaign is just one more way we can align our PH warriors with those who are fighting for them alongside.”

Kiebler is matched up with Victoria Johnson, a PH patient living in Pittsburgh. Jessica Romanias and Julia Feitner represent another pair. Feitner, who also resides in Pittsburgh, was received her PH diagnosis in 2004 when she was pregnant with her second child.

“I compete for Julia Feitner because she deserves a friend cheering her on in this journey,” said Romanias, a nurse who works PH patients. “It’s an honor to cross the finish line on her behalf.”

Beyond supporting patients and runners for the marathon, Team PHenomenal Hope also is partnering with Mojo Running & Multisport of Pittsburgh to greet athletes at an expo booth. In addition, their volunteers also will be manning a water station at mile-marker eight.

“What better way to spread awareness about pulmonary hypertension than at one of Pittsburgh’s biggest events of the year,” George said.

In other massive April news, Team PHenomenal Hope proudly partnered with Julia Feitner in the 3rd Annual PHenomenal Hope 5K, which brought the PH community together and raised PH awareness – and over $20,000 to support our PHenomenal Impact research fund. Read more about the event from Patty George’s race report.

Finally, shout out to one of our newest members, Jaime Martinez, who raced Ironman California 70.3 this past month. We are proud to have him race with us in California, racing to make a difference in a personal race… for his sister who lives with PH. Read about more about his race.

Up next… World PH Day

On May 5, 2016 Team PH will join the worldwide PH community in celebrating World PH Day. Follow us on social media to see something special we are planning to help raise PH awareness. Find out more about World PH Day here.