My Daughter’s Journey to Diagnosis and Finding the “New PH Normal”: Pam Minkey 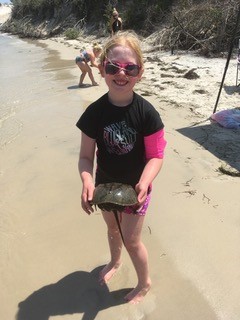 My daughter Mara is a beautiful young girl who was diagnosed with idiopathic pulmonary arterial hypertension on February 24th 2017 at the age of 9 years old. Prior to her diagnosis she was a normal kid for the most part, with just one difference. She would get breathless while running.

Initial misdiagnosis is a hallmark of PH and Mara’s case was no different. Pediatricians assumed it was asthma. The inhalers didn’t work. Her new pediatrician sent us to see a pediatric pulmonologist at a large hospital. After pulmonary function tests the pulmonologist said it was probably pulmonary bronchial spasms during exercise, and again prescribed inhalers.

Again there was no improvement. Three months before her diagnosis I was visiting her school for national education week. I just happened to be there during PE and I participated with the class. I was 44 years old and hadn’t ran in years, and yet I was running circles around my 9 year old daughter. I have never really witnessed her “breathless” until then because outside of school she self limited. Looking back she probably had PH symptoms for 2-3 years prior to diagnosis.

Then it happened in January 2017, the event that would finally lead to diagnosis. She got dizzy and fell down while running in PE. The school nurse told me what had happened, but assured me she didn’t loose consciousness or hit or head. I took her right to the pediatrician, and she was concerned so she ran some tests and blood work. She said the next step was to check her heart. She didn’t seem overly concerned but wanted to be thorough. Neither of us thought they would find anything.

Four weeks later we were back at the big hospital in their pediatric cardiology clinic. The appointment was odd, and things didn’t go in order that they originally indicated. After the EKG a doctor came in to take her health history before the echo. We wondered why didn’t she wait for all the test results. The echo took forever and I had a very bad feeling. They said the doctor would be with us again after the echo was reviewed.

The cardiologist came in, and I remember her being kind and compassionate, but the rest is a blur. I know she explained PH, said it was serious and there was no cure. She said, “Mara is one of our kids now,” and that she would need care and monitoring for the rest of her life. She said there were new therapies that could extend and improve the quality of life. I understood the unsaid message, that this disease could kill her, but they would do their best to prevent or, at least, delay that. She admitted Mara to the hospital for additional testing and to start medications. I was in utter shock, but tried to keep it together for my daughter, who was very upset. My heart sank, and I was in disbelief. From that moment our lives would never be the same.

We were admitted on a Friday, and the next Monday she had her RHC. It confirmed she had severe PH. We were started on IV Remodulin by the end of the day. In total we spent two traumatic weeks in the PICU with tests, needles, and IVs. We also started two additional PH specific medications before discharge. Mara treatment’s plan was aggressive in comparison to many kids. Her IV Remodulin was transitioned to subcutaneous Remodulin before discharge.

We were not prepared for sub-q mentally or physically, as the Remodulin is infused 24/7 by a pump. The site reaction caused more pain than I had ever witnessed a human endure. We needed to waterproof for showers, and swimming was out of the question at first. All plans must take sub-q into consideration; we must have an emergency kit at all times.

Just as she was gaining independence as a nine year old it was abruptly taken away. She needed help to even get a shower. She now misses three to five days of school every six to eight weeks for site changes. Everyone said you will get used to your “new normal”. This is easier said than done with all the medications, doctors visits, and tests. At the one year anniversary the “new normal” is still a work in progress. With that said we now have a diagnosis and medications that help her. Though she still does become breathless, her chest pain and dizziness are gone.

While we are still adjusting to this new life we are bound and determined to fight for PH awareness, research, and a cure. We will never give up hope!

2 thoughts on “My Daughter’s Journey to Diagnosis and Finding the “New PH Normal”: Pam Minkey”