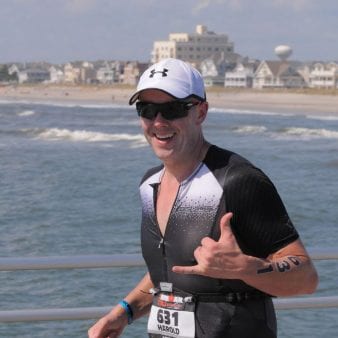 Challenges drive us to seek motivation and purpose in order to assist with reaching our goals. Six weeks into the year I am excited, but already beginning to see a glimpse of what physical trials lie ahead in 2018. While I am making strides to slowly increase my endurance, I am happy to report that my #LetMeBeYourLungs match, Kirsten Braley, is also doing the same. Over the past couple of weeks Kirsten learned that her lung CT scan came back much better, and during her six minute walk test, added an additional 75 feet to bring her total up to 1,642 feet. This is a positive step in the right direction, and a much different course than just a few months ago.

After initially announcing my campaign to raise awareness of Pulmonary Hypertension and raise $50,000 for Team PHenomenal Hope, I received such supportive messages from friends and professional contacts. This support is meaningful to me, and will certainly be useful as the year goes on. The fundraising portion of my efforts are off to an encouraging start, and I thank all who chose to give thus far.

Some people have started asking me what I do to pass the time while on the treadmill or bike trainer for two or more hours. There is a young pastor named Steven Furtick who creates motivational speeches for his parish and a few years ago wrote one titled “Do it Again”. I picked this as it’s one piece that combines my faith and fitness… and drives me to march another lap. Here are the lyrics, but I enjoy hearing him say it, so feel free to listen on YouTube if you’d like. Thanks again for all your support, I hope you enjoy it!

To learn more about my efforts as a Team PH athlete, or to make a donation, visit my athlete profile here.

DO IT AGAIN – LYRICS BY PASTOR STEVEN FURTICK

Consistency separates winners from wannabe’s
Diligence makes the difference between all-time greats and one hit wonders
For the race is not given to the swift or to the strong
But to the one who endures, to the end
So pick yourself up
Shake your past off
Put one foot in front of the other
And do it again

When you hear that little voice saying
‘No one believes in you, you’re too far behind, you’re too small,
this isn’t working and this isn’t worth it’
Another voice rises to remind you that
The same power
The same strength
The same spirit who raised the savior from a borrowed grave
Is alive and active in you
This is your guarantee of complete victory
The same God who delivered you from the lion and the bear
Can and will deliver this new giant into your hands
So draw the line
Take your stand
Just like you yielded your weapons last time
Do it again

You’ve been here before
The battle is not yours
It’s the Lords
And if he caused you to triumph back then
Be confident He’ll do it again
Yesterday today and forever Jesus Christ is the same
And in His name you are unstoppable
He’s the author and finisher of your future and your faith
All things are started and sustained by his grace
He’s never failed, never faltered, never wavered, never lost
And he’s not about to start
But receiving the promise requires perseverance
For many are called
But few are chosen
Many begin
Fewer finish
So don’t just do it
Do it again 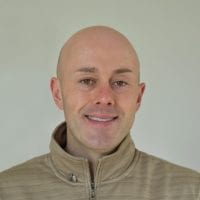