Why I Joined the #LetMeBeYourLungs Program: Cathy MacKinnon 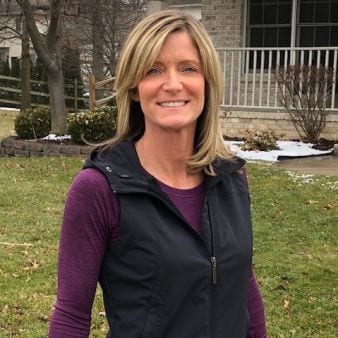 My name is Catherine MacKinnon, known to all my family and friends as Cathy. My introduction into running isn’t an uncommon one. As the years crept by and father time started to work against me, I found myself becoming more physically active to stay in shape. I never really liked running, but after
losing a dear friend in 2014, I was moved to register to for a local charity run that raised awareness and funding for that disease.

What happened to me during that run was life-changing. Running for a greater cause gave me such a powerful feeling of joy and motivation that I had never felt before. I was instantly hooked! Since that day I have participated in more charity runs than I can count. Link a charity to any 5K or 10K, throw in a free t-shirt and medal at the end – I’m in! I still don’t know if I can say I like running, and I don’t consider myself a “runner”. However, I can’t resist the opportunity to feel that rush with each race. It’s why I run.

I was introduced to Team PHenomenal Hope by my twin sister who works in the health care industry. She told me about a gentleman she had met who lost his daughter to pulmonary hypertension. His daughter was diagnosed at the young age of 13 and was not given long to live. Against all the odds, she lived another 13 years. We were so inspired by her story that my sister and I decided to join Team PH and participate in their #LetMeBeYourLungs program.

Mara is a smart, adventurous and brave 10 year old girl who was diagnosed with PH in February of 2017. It has been a terrifying year of adjustment for Mara and her family, consisting of multiple trips to the emergency room with Mara often asking her mother, Pam, if she is going to die. For now, Mara is responding well to treatment. She is on several medications including 24/7 attachment to a subcutaneous pump that provides her with life sustaining medication. I’ve been in touch with Mara’s mom, and look forward to meeting them both very soon.

Pam has told me that despite all the challenges she is facing, Mara is still Mara! She loves animals, in particular reptiles. She has a bearded dragon, leopard gecko and brown anole. She is fearless and does things your typical girl would never do, picking up horseshoe crabs, catching skinks (a local reptile) and frogs. She is all about the critters. Mara also loves the beach. Pam is hopeful that they have finally figured out how to water proof her site and pump and can get back to the beach next summer. An ideal day for Mara is spending the day at the beach boating, exploring the wildlife, playing in the ocean and building a campfire.

When Mara isn’t enjoying the outdoors, she’s using her creativity to draw and play her clarinet. She also loves playing with Legos, and Minecraft. Mara is an avid Star Wars fan! Disney Princesses just cannot compete with Princess Leia, Rey, Jyn Erso and Captain Phasma. Mara is also very smart. She loves science and knows more than the average adult about geology, biology, and astronomy. Despite missing weeks of school last year, she made honor roll for the entire year!

In my short time getting to know Mara, I am in awe of her incredible spirit. I’ve been working hard at my training and am more inspired than ever. I feel honored to represent Mara and to be her lungs when I run on April 14. 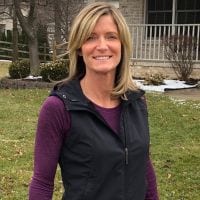