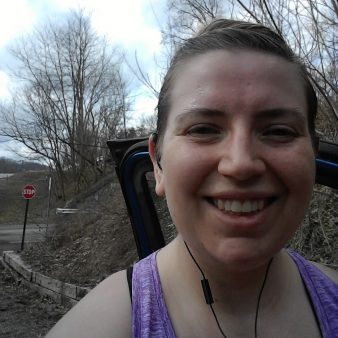 My name is Yvonne Taylor and I live in Pittsburgh, PA.

I am not a fast runner, I am not an elegant runner but I run the best I can.

I had taken a long break from running for about 3 years – but last year I began to get the itch again. Around that same time my husband and I were invited to the PH 5K that Julia Feitner organizes each year.

My husband went to high school with Julia’s husband and had recently reconnected via Facebook. My family signed up for the 1 mile walk and spent the morning learning about PH and the struggles that patients live with daily.

My itch to get back to running collided with an amazing opportunity to ‘run for a reason’. I approached the team about joining but immediately explained that I was not fast, nor was I even really in ‘shape’ running-wise just yet but nevertheless I signed up for the Pittsburgh Half Marathon last Fall and what seemed like a daunting $500 fundraising goal.

Every mile I began to realize that it wasn’t about my running stats, it was about the cause.

Having already completed a Half marathon in 2013, I had the knowledge I needed for training but I also was initially struggling with tons of self-doubt. I ended up hating running during and after the Half the first time and I was worried that I had set myself up for failure. I also was battling worry that I wouldn’t be able to raise enough money for the charity and let them down as well. When I got the email about joining the #LetMeBeYourLungs, partnership I almost declined. I didn’t feel strong enough as a runner to represent someone else. But after thinking about it for a few days I replied ‘yes, but I’m not fast’. I chuckle at that now because I have learned it isn’t about time, it’s about completion.

I began training knowing who I was partnered with and so using my partner Jan Janus as my motivation … and this amazing thing happened! I enjoyed the training, my long runs seemed more manageable than last time around because every mile was for someone else. Every mile logged was a path to raising money and awareness for something bigger than myself. Every mile I did brought me a deeper appreciation for my health and ability to run. Every mile became a platform to share about PH, Jan, #LetMeBeYourLungs and the fundraiser. Every mile I began to realize that it wasn’t about my running stats, it was about the cause. Over the miles my self-doubt was replaced with excitement at being a part of something bigger and more worthy than just myself.

I’m still not fast, but I am determined.

Along with Jan, friends and family became my biggest cheerleaders and even came to me with ideas on how to fundraise to reach my goals. My trainer was aware of the Half and made sure my workouts were the best they could be to help me reach the physical goals.

In the end, knowing that Jan was with me every step of the way I completed the Half marathon 6 full minutes faster than 2013 and more than doubled my fundraising goals raising a grand total of $1,197 for Team PHenomenal Hope.

If anyone is considering it, or if anyone has the itch to start or get back to running I would emphatically say DO IT! 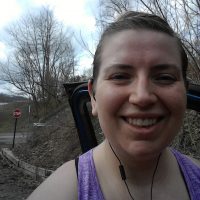