Race Across the West 2015: Live Your Dream 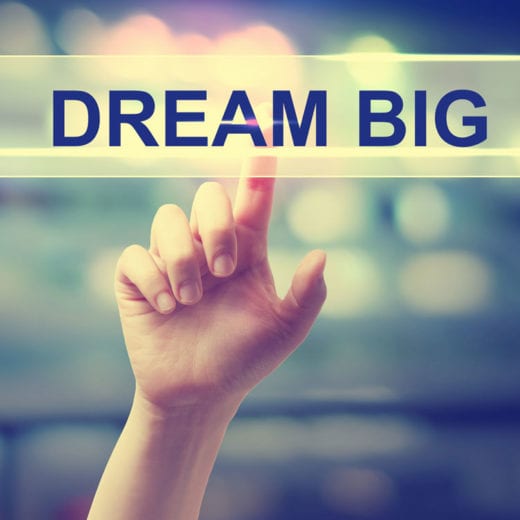 After Race Across America 2014, everyone was thinking about a much deserved break. But life is full of surprises. The dust had barely even settled and our friend Peter approaches each of us to ask if we would do RAW.

And each of us took a couple of nanoseconds to commit to another effort. The idea of getting back to that starting line, of racing the desert again, was too much to turn down.

Again we prepared. This time, to live a new dream. This time, we would have to overcome new obstacles in our training, from health obstacles to challenges work/life balance, and again we committed to the cause.

The starting line drew us, the patients motivated us, and our crew chief put together an amazing crew who would work with us in this new challenge. Again, we celebrated with the community, and this time people joined us during the workweek, one friend just having gotten out of the hospital still made it to the starting line celebration. It was a reunion, reminding us of who we were and what we were about to do.

None of us quite realized what lay ahead.

The day of the race, I had the usual pre-race nerves. I was calm on the outside, and excited, but didn’t want to eat too much due to pre-race stomach. Before we rolled up to the starting line, I mentioned to AM that I hadn’t had anything to drink since my morning Starbucks. And we were about to race in the desert. Okay, no problem, better start hydrating on the bike.

Again the call up that you want as your ringtone… From the United States…. Team Phenomenal Hooooooope! We roll up to cowbells from family and PHriends, and then… We’re off. Down the bike path, my stomach is instantly better, and I start to hydrate.

On this course, as soon as you’re about 7 miles in you lose the cool 70’s of the beach and enter the hot 90+ California heat, and this past summer was the hottest on record for the race. We started our relay intervals of about 20 minutes then settled into ~ 12 minute intervals, the most time for each of us to hit our maximum subthreshold speed, and then have 12 minutes in the van to cool our core temp before going again.

We climbed the Palomar Mountains, passed through Lake Henshaw, climbing to over 4,200 feet, then descending the Glass Elevator, an incredible descent, in 9 miles, at speeds over 30 miles per hour at times, where a cyclist drops 3,000 feet into the desert. In about 25 minutes, we also went from temperatures in the 90s to over 118 degrees… at 7PM.

So that’s when it hit. That’s when the real race started. Last year at this point AM and I handed off to Ryanne and Stacie, and they took on the first real desert stretch. But now, it was us for this shift and the rest of the race, and at this moment in this heat we started to realize what that meant.

And I mean it got hard. Our crew members Scott and Ryann were having PG down at least 2 full water bottles an hour, and had not had a peep from her kidneys. Meanwhile, I was hydrated, and at home on my TT bike, but the heat was incredible. I remember fleeting thoughts of whether my contacts would melt onto my eyes. Yet with our crew we kept going.

I think we’ve all heard the adage of “Focus on one thing at a time” or “One day at a time”. As an endurance sports coach myself, I’ve told my athletes hundreds of time that in a race, you can’t think or worry about how you’re going to feel at the end of the race when you’re only 5 minutes in.

If you’re running a marathon, you stick to the plan and take it mile by mile… or maybe even in shorter increments. But, to be honest, I think this was the first time I’ve truly understood what it means to take something by little by little.

On the morning of the second day, the temperature was into the 90’s before 8:00am, and I knew we had a full day ahead of Arizona heat, sun, and virtually no shade.

Thinking about spending the next 12 hours of riding, even with breaks, was something I couldn’t wrap my head around. After that, the sun would go down and the temperatures may cool off, but the riding would continue.

A little voice inside my head was starting to nag at me, asking how I was going to manage this. Was I strong enough? Had I trained enough? I had to force myself to block out the big picture from my mind and focus on one thing: Bike for about 10-15 minutes, then I could get into the air-conditioned van and eat a few sour patch kids. Yes… sour patch kids. If any of you had the slightest clue about how militant I normally am with my diet and how anti-empty-calorie-sugary-junk food I am, you would see the irony in this situation. Throughout the day, I would tell myself: Ride, then eat sour patch kids. End of story, block out your mind, don’t think about the fact that I’d be doing that same pattern over and over and over.

Sometimes when we’re doing things like this, we overlook how small actions can make an impact. It was easy to look at each shift individually and think, “I just pedaled 3 miles in my shift and we have to cover 860 miles. Big deal.” But when we add up each seemingly insignificant pedal stroke, each individual mile, they add up to something BIG, even though it may not seem like it when you’re in the middle of things and overwhelmed.

A similar comparison can be drawn with our training for a race like this. Was there one particular workout that PG or I did that made us fit enough to do RAW? Absolutely not.

In fact, if you were to measure our fitness before and after each workout, you wouldn’t even notice a difference. But over the course of weeks, months, and even years, we’ve become stronger… because of our commitment to showing up for workouts every time (ok, almost every time!) and reaping the cumulative benefit of many small, immeasurable gains.

In the end, we achieved our victory. It wasn’t without its’ challenges and difficult moments. When you set out to live your dream, you must be ready and willing to overcome those obstacles, one small step … or pedal … at a time.