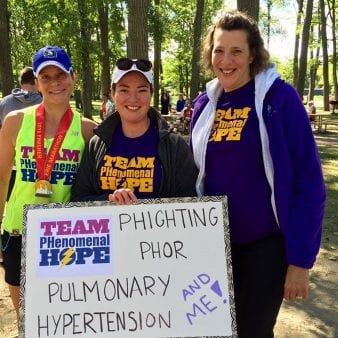 Amanda Budzowski, Monica Reisz, Christian Gabarda, and Michael Bauer took on the challenge of the 26.2 marathon around Presque Isle for Team PHenomenal Hope.

The race started just like most, but the racers soon found out that having their PH support team behind them would bring motivation and inspiration unlike any other.

The race was full of triumphs – Christian had a personal best marathon, Monica qualified for the Boston marathon in 2017, and Amanda and Michael both overcoming injury, and finished strong and injury free.

But above all, running with purpose for the incredibly strong PH Patients in the crowd was the most triumphant.

Both Monica and Amanda reflected on their inspiration

“On the way to the race, I saw a posting that PH patient Julia Long Feitner was on her way to cheer me on. As somebody that struggles with pulmonary hypertension, she never has the option of walking away from her challenges.

Knowing that she would be there inspired me to give it my best. I was able to see her and her energetic crew four times on the course! This was an incredible lift, which helped propel me to reach my goal!” – Monica Reisz

“Seeing Julia and Deanna on the course was a huge lift for me and that’s what I love about the #LetMeBeYourLungs program.

We are all in this together. Just when I think that I have had all I can take, I push just a little more because that’s what the patients do every single day, until there is a cure.

I was so moved to have them both waiting at the finish line. When Christian and I got home we wrote hand notes on our race bibs and sent our medals and bibs to Deanna and Julia.” – Amanda Budzowski 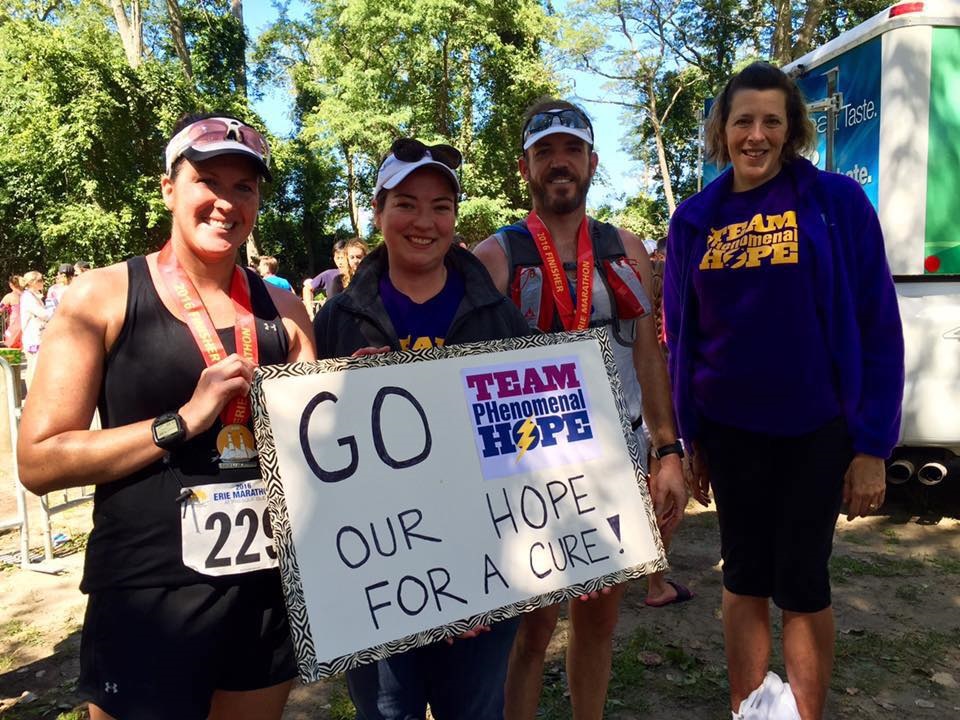 On the other side, Julia Feitner was also touched:
“As PH patients – both Deanna and I often find ourselves breathless doing “simple” activities like vacuuming. The idea of either of us running is just ludicrous.

It means more than words that the athletes of Team PHenomenal Hope run in our honor & to raise PH awareness and funds toward our cure.

We both felt privileged to cheer on the runners at the Erie Marathon at Presque Isle this past weekend – and had a blast doing it! But we were both brought to literal tears when we received race medals in the mail today from Mandy and Christian.

While neither Deanna or I could run for even a minute straight … thanks to the #LetMeBeYourLungs campaign (and the racers with such huge hearts), we have now vicariously run our second marathon! A “thank you” seems like such a small token for the tremendous amount of gratitude we both feel.

But today it’s all we have…THANK YOU!!!

These are the moments that mean the most to Team PH. The beauty of the #LetMeBeYourLungs program lies in the unconditional inspiration between Pulmonary Hypertension patients, and TeamPH athletes.